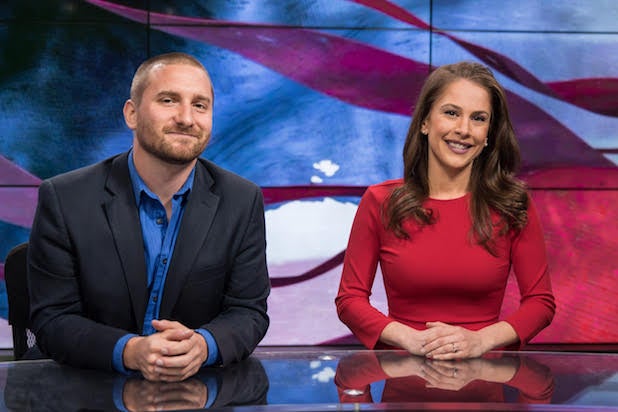 With nearly 3.2 million followers on their main YouTube channel, The Young Turks is one of few online news programs that’s found a dedicated audience among millennials who care about politics and foreign affairs but have no use for the talking head carousel of cable news.

Steve Oh, TYT’s chief business officer, told TheWrap that what’s working online — but doesn’t work with cable news — is that TYT determines the content of its programming solely based on what its highly engaged and communicative audience wants, and not a corporate parent or advertising partner.

“The main thing I would tell CEOs of cable news companies is they have to start speaking to regular Americans,” he said. “Now they’re focused on speaking to Beltway insiders and advertisers.”

TYT, which began as a radio show before transitioning to the internet and had a spin-off on Current TV for two years, returned to linear television for the first time since the summer of 2013 with a 12-week limited series on cable network Fusion, helpfully titled “The Young Turks on Fusion,” that had hosts Ana Kasparian and John Iadarola traveling to a dozen college campuses to discuss current events, particularly the presidential election.

Oh highlighted the difference between that show, which went directly to TYT’s core millennial audience, with election coverage on cable news.

“When CNN hires Jay Carney — Jay Carney was literally the mouthpiece of the Obama administration,” he said. “Do you think millennials really care what these political insiders have to say? Of course not. Those people are partisans. Start programming to your audience and not for insiders and advertisers.”

However, Oh acknowledged one major structural problem with cable news that the internet can bypass: the mandatory and structured commercial breaks and show lengths, which made it challenging to have an organic, free-flowing talk.

“It’s harder to have a prolonged in-depth discussion without this artificial break that is foisted upon us,” he said.

And that may contribute to the talking at each other dynamic that makes cable news dialogue look more like an auction house than a conversation.

“Having four people talk about any kind of issue in a four-to-eight minute block — and [also] having audience feedback,” he said. “It becomes a race to get your point off in time.”

Cenk Uygur, TYT’s longtime face, the host of its flagship program — although not the Fusion show — and a former Current TV and MSNBC anchor, said that some of his earliest advice from his cable news bosses was to act like a senator and not wave his arms around so much, two things it’s hard to imagine young people who watch news online caring about at all. Uygur said the fact that TV has been this way forever means nobody in it questions its idiosyncracies, but internet natives do.

“It’s like how if you didn’t grow up in a religion, religion seems super weird,” he said.

Because TYT’s audience isn’t exactly paying attention to what’s on cable news, Oh said it took a little bit of an onboarding process to get them to notice and watch the Fusion show. TYT promoted the show on their own and Fusion’s Facebook page to raise awareness.

“It’s really a challenge to get millennials — forget cord cutters, they’re cord-nevers — to get them to watch on a linear platform,” he said. “Folks who watched Young Turks weren’t already watching Fusion.”

However, TYT’s millennial viewer base is highly coveted by broadcasters, because so many in that cohort simply aren’t watching linear TV. Oh said TYT has been in touch with TV networks and brands looking to capture that audience after the Fusion show.

“[They] are interested in working with us to develop programming for their linear audience,” he said. “One of the main reasons they want to do that is to access our audience. They want the content we create, which is relevant to the younger generation.”

According to data from June provided by online video analytics firm OpenSlate, TYT’s audience is about 81 percent male with an average age of 32.5 years, which is on the high side for a YouTube channel, but extremely young compared to cable news.

Oh envisions future TV projects, but only with partners like Fusion who let TYT be TYT. That might be a bridge too far for many cable news outlets for now, but as millennials continue to stay away from linear TV news, that could change.

“It would have to be an outlet that is OK with us having complete editorial control,” he said. “Without any kind of demands that we conform to standards that are set by advertisers.”