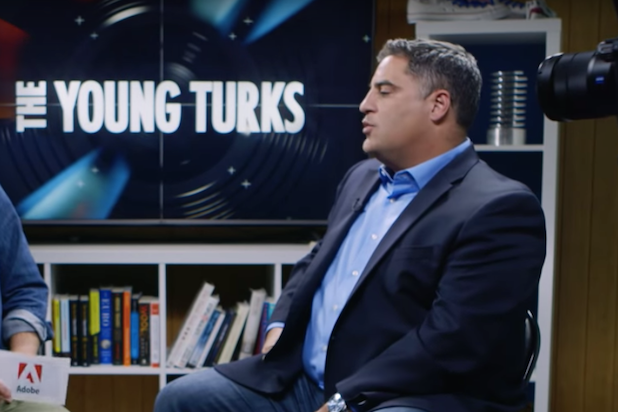 The Young Turks slashed more staff this week and ended a number of their non-political programs, a person with knowledge of the situation confirmed to TheWrap on Tuesday.

The company declined to say how many employees were affected, but a second individual with knowledge of situation tells TheWrap that at least 15 people were affected in the latest layoffs, and that since June the company has let approximately 25 people go.

According to the individual, morale is low as the have layoffs affected studio employees such as editors, crew and members of TYT’s publishing team, as well as entertainment hosts and producers.

Among the shows hit were “What The Flick” co-hosted by TheWrap reviews editor Alonso Duralde, “Pop Trigger,” and “Nerd Alert.”

The latest cuts come less than two months after the network ousted some of the channel’s most senior on-air talent, including Nomiki Konst and Hannah Cranston.

Reps for the company declined to provide a statement to TheWrap, instead directing us to a statement it provided to the website Tubefilter about the layoffs.

“TYT Network made programming changes that resulted in retiring entertainment shows in order to double down and focus on being the Home of Progressives. These entertainment shows had a great run and we will miss them. We want to thank every host and producer, past and present, for their hard work and dedication,” the statement read. “At TYT, the Home of Progressives, we are energized by our renewed focus on the news and politics coverage that has dominated the network. It is more important now than ever to channel our resources and hold the establishment accountable.”

The cutbacks are the latest bad news for a company that was flying high just one year ago. In August, 2017 the Young Turks raised $20 million in a round of funding led by Hollywood mogul Jeffrey Katzenberg.

Since that time, the company has been rocked not only by cutbacks, but also by revelations about old blog posts in which founder Cenk Uygur said women were genetically “flawed” because they didn’t want to have sex with him enough.

He later apologized for his comments, telling TheWrap they no longer reflect his views and that he made them while he was a “conservative.”

Cenk’s nephew Hasan Piker also drew fire for old videos of his short lived-series “bro tip” which aimed to teach men how to pick up women with such crude advice as: “It’s time to separate her from her herd, meaning her crowd of girlfriends who are going to do their best to c—block you because they’re fat and lonely.”