Bryan Crantson’s “Your Honor” is getting a surprising second season, along with “Flatbush Misdemeanors.”

Showtime made both announcements on Tuesday as part of the Television Critics Association Press Tour.

The now-first season of “Your Honor” is the most-watched series on Showtime and was the pay cable network’s most-watched debut season ever with 6.6 million viewers across all of its platforms each week. 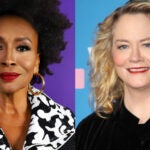 Cranston starred in “Your Honor” as Michael Desiato, a respected New Orleans judge whose teenage son is involved in a hit-and-run that leads to a high-stakes game of lies, deceit and impossible choices. Peter Moffett was the showrunner and executive produces with Robert and Michelle King, Liz Glotzer, Cranston and James Degus.

Production on 10 episodes for the upcoming season is scheduled to resume next year for a 2022 return to the network.

“We were blown away by ‘Your Honor’ … by the power of Peter’s storytelling, by the depth of Bryan’s performance, and by the overwhelming reaction from our subscribers who watched in record numbers,” said Showtime president Gary Levine. “Imagine our delight when we learned that Peter believed he had more story to tell and Bryan felt he had more depths to plumb. So, along with its millions of fans, I am gleefully shouting ‘Encore!’” 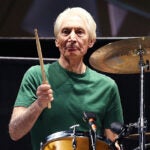