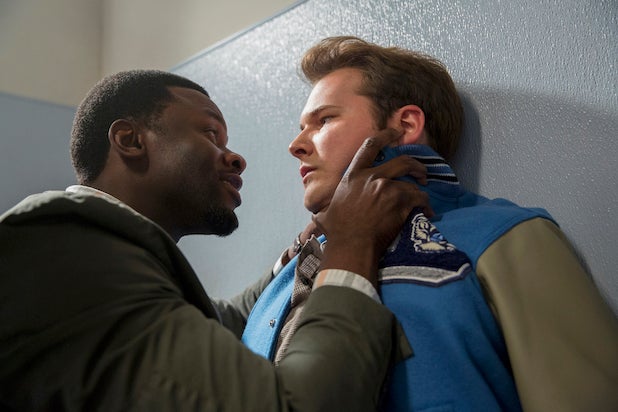 The Netflix teen drama “13 Reasons Why” has been “associated” with a severe spike in youth suicide, according to a new study backed by the National Institutes of Health.

The study, published Monday in the “Journal of the American Academy of Child and Adolescent Psychiatry,” found there was a 28.9% increase in U.S. children between the ages of 10-17 that killed themselves in April 2017, one month after the series debuted. The first season of “13 Reasons Why” centered on a teenage girl posthumously explaining why she committed suicide via audio recordings she leaves behind.

Joel Greenhouse, a statistics professor at Carnegie Mellon University and one of the authors of the study, said the researchers looked at suicide data for the five years leading up to the show’s premiere. The researchers found the April 2017 spike was much starker than they had projected, based on the data set. “You expect some variation from month to month, but this was more than what would be expected by just chance variation,” Prof. Greenhouse said.

The number of April 2017 suicides was greater than any other month researchers looked at between 2013-2017. One “surprising” aspect of the study, Prof. Greenhouse mentioned, was that when broken down by sex, the significant spike was only noticeable for boys in the 10-17 age group, not girls.

While noteworthy, it’s important to point out the NIH said researchers “cannot make a causal link” between the series and the sharp increase in youth suicide — a comment Prof. Greenhouse reiterated.

“We’ve just seen this study and are looking into the research, which conflicts with last week’s study from the University of Pennsylvania,” a Netflix spokesperson said in a statement to TheWrap. ” This is a critically important topic and we have worked hard to ensure that we handle this sensitive issue responsibly.”

The UPenn study found Americans between the age of 18-29 that watched the second season of the show “reported declines in suicide ideation and self-harm relative to those who did not watch the show at all.” The Penn study did not include Season 1 of the show, which was the focus of the NIH study.

A rep for Brian Yorkey, the developer of the series and one of its two showrunners, did not immediately respond to TheWrap’s request for comment.

Prof. Greenhouse mentioned there were “limitations” to the NIH-funded study, including knowing how many of the children that committed suicide in April 2017 had watched “13 Reasons Why.” The study’s suicide data set, provided by the Center for Disease Control and Prevention, also didn’t extend to 2018, barring researchers from seeing whether there was an increase in youth suicide after the show’s second season was released in May 2018.

The new study, according to the NIH, does “add to a growing body of information suggesting that youth may be particularly sensitive to the way suicide is portrayed in popular entertainment and in the media.”

Prof. Greenhouse echoed that sentiment: “Based on other events, based on research, based on what the experts in the field of suicidality say, there’s a potential for a contagion effect. Again, we cannot make a causal link. But there’s a lot of evidence that supports the graphical display of suicide actually impacts people.”

Netflix chief Reed Hastings last year defended the show against critics, saying it’s “engaging content” during the company’s annual shareholder meeting. “It is controversial, but nobody has to watch it.”

For Season 2, Netflix added a warning before each episode and created a website to provide resources for viewers: 13reasonswhy.info. The show’s third season will come out later this year.