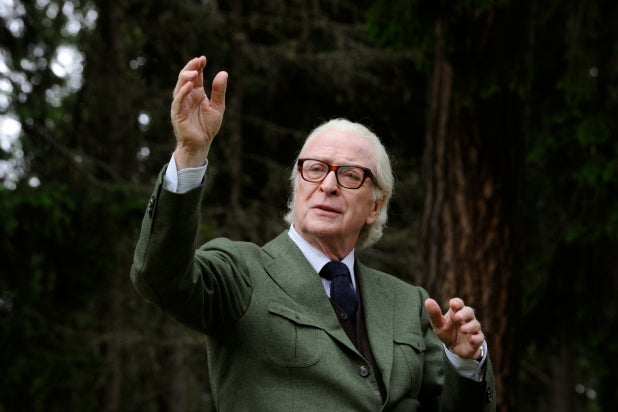 Paolo Sorrentino’s “Youth” was named the best European film of 2015 at the European Film Awards on Saturday evening in Berlin.

The Fox Searchlight-distributed English-language film starring Michael Caine and Rachel Weisz won in a category that also included Oscar foreign-language entries “A Pigeon Sat on a Branch Reflecting on Existence,” “Mustang” and “Rams,” as well as the single-take “Victoria” and the English-language film “The Lobster.”

The acting awards went to Charlotte Rampling for “45 Years” and Caine for “Youth.” Both had already received a honorary lifetime-achievement awards on the show.

Roy Andersson’s deadpan, surreal “A Pigeon Sat on a Branch Reflecting on Existence” was named the best European comedy, while “Amy” was named best documentary.

The last three EFA best-picture winners, “Amour,” “The Great Beauty” and “Ida,” have gone on to win the Oscar for Best Foreign Language Film, something “Youth” cannot do.

Other winners in the last decade have included “The Lives of Others,” “4 Months, 3 Weeks and 2 Days,” “Gomorrah,” “The White Ribbon,” “The Ghost Writer” and “Melancholia.”

The awards are presented by the European Film Academy.