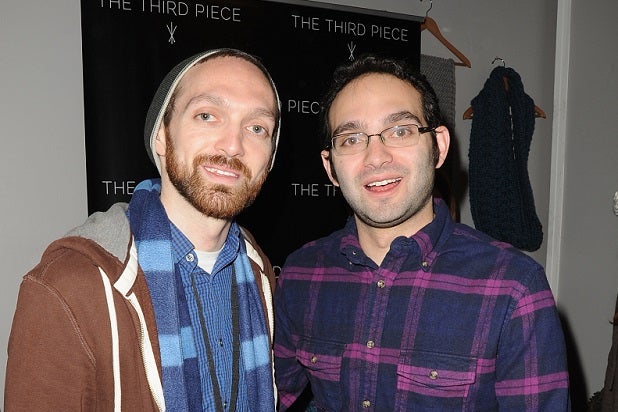 Get ready for more quality content from the Fine Brothers.

YouTube said Tuesday that it’s launching partnerships with some of its top creators, including Benny and Rafi Fine (pictured above), the sibling team behind the “React” videos and others. The partnership with the Fine Brothers includes plans for a scripted comedy series, which will take “a satirical look at the world of singing competition shows,” will be produced by Mandeville Films.

Also in the works: A new project from “Prank vs. Prank” duo Jeana and Jesse Wellens. The series will feature the pair being joined by celebrity guests in a quest to pull off their most ambitious pranks yet.

Joey Graceffa, whose daily vlogs, scripted series and short films have earned him more than 5 million YouTube subscribers, has likewise landed a new project, a murder mystery reality series that will find Graceffa leading an all-star cast of YouTubers.

The comedy duo Smosh, aka Ian Hecox and Anthony Padilla, has also been tapped  for a new series. In the upcoming offering, the pair will work at a theme restaurant where out-of-control kids and crazy parents are all in a day’s work.

In addition to the new series, YouTube is also launching a new collaboration with AwesomenessTV. The agreement will find the two entities releasing multiple feature-length films over the next two years, which will be driven by YouTube stars and developed and produced by Brian Robbins from AwesomenessTV. After their global premieres on YouTube, the films will be available elsewhere. The first film is expected to be released in the fall.

“We work with amazing creators to make great short form content on YouTube every day. We think the platform is really ready for long form, so now we will make movies that will star YouTubers and premiere on YouTube,” AwesomenessTV CEO and founder Robbins said of the collaboration. “We will turn YouTube stars into movie stars.”