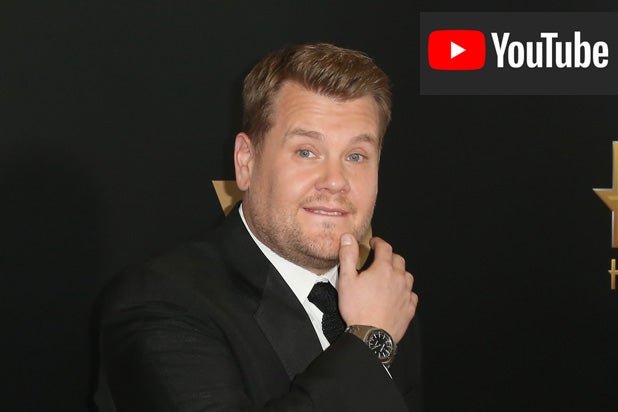 Soccer fanatic and diehard West Ham United follower James Corden is putting his fandom to good use by teaming up with YouTube for a new series about his favorite sport.

On Thursday,YouTube announced its first-ever ad-supported original series originated in Europe, as YouTube partners with British production company Fulwell 73 for a 10-week unscripted series following some of the world’s biggest soccer stars and their families, which will premiere on YouTube’s free streaming service next spring.

The internet video giant has built a robust slate of programming for the upcoming season, including shows from Ellen DeGeneres, Kevin Hart and a “Karate Kid” spin-off starring Ralph Macchio and William Zabka, as it continues to establish itself as a bigger player in original content.

The latest show, which has the working title “Training Days,” is executive produced by “Late Late Show” host Corden, along with Ben Winston, Gabe Turner and Leo Pearlman. Turner will serve as director and showrunner.

At its media upfront in May, YouTube announced seven ad-supported shows, including “Ellen’s Show Me More Show” and “Kevin Hart: What the Fit?” YouTube is also bolstering the offerings in its $10/month YouTube Red subscription service, which will carry the new “Karate Kid” show, “Cobra Kai,” as well as “Ryan Hansen Solves Crimes on Televison,” starring Hansen and “The Handmaid’s Tale’s” Samira Wiley.

“This is our first venture working with European partners to develop advertising supported premium programming for both global and local audiences,” YouTube Chief Business Officer Robert Kyncl said in a statement. “We want to support them in creating groundbreaking stories and formats and expose them to our billion-and-a-half-strong audience.”

“It’s a real privilege to be working with YouTube on ‘Training Days,'” Turner added. “The concept for the show lends itself well to bringing out a different side to our superstars and feels like a perfect fit with YouTube’s audience. It’s an opportunity to spend time with some of the biggest names in world football and create some truly memorable moments.”