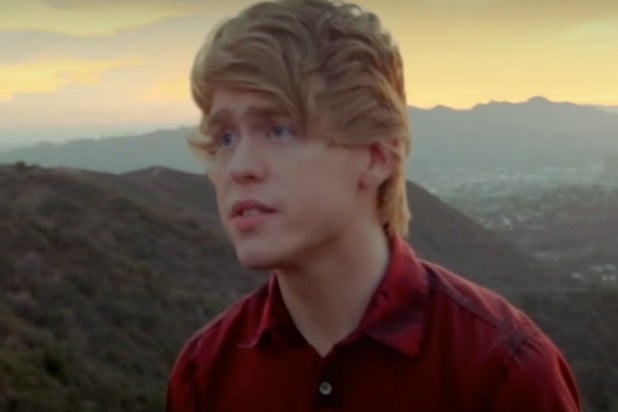 YouTube star Austin Jones has been sentenced to 10 years in prison for encouraging underage fans to send him dozens of sexually explicit videos.

The 26-year-old from Bloomingdale, Illinois, was sentenced by a Federal judge on Friday in Chicago. Jones, who was arrested on two counts of producing child pornography in 2017, admitted in a plea agreement that he used Facebook approximately 30 times to connect with young female fans and convince them to send explicit videos and pictures. The girls were as young as 14.

Before his arrest, Jones’ YouTube following had grown to more than 500,000 people by performing versions of other artists’ material as well as his own original songs.

In one instance, the criminal complaint against the singer states, Jones told a female fan during a 2016 Facebook chat that she was “lucky” that he was paying attention to her, saying she had to “prove” that she was his biggest fan by producing sexually explicit videos and sending them to him.

“Production and receipt of child pornography are extraordinarily serious offenses that threaten the safety of our children and communities,” Assistant U.S. Attorney Katherine Neff Welsh said. “Jones’ actions took something from his victims and their families that they will never be able to get back.”

In 2015, Jones was criticized over accusations that he asked young fans to send him videos of themselves “twerking,” a sexually suggestive style of dance.

Jones later apologized in a video, insisting that no sexual contact had occurred between him and the fans.

“I shouldn’t have asked you do do that … it was foolish of me,” Jones said. “But there were never any nudes, never any physical contact. It never happened. So I just have to get that out there. Nothing ever went further.”

Jones had pled guilty to his charges in February before being sentenced on Friday by U.S. District Judge John Z. Lee.