In an exclusive interview with TheWrap, YouTube CEO and co-founder Chad Hurley defended the need for net neutrality as a means for preserving the democratization of video on the internet. 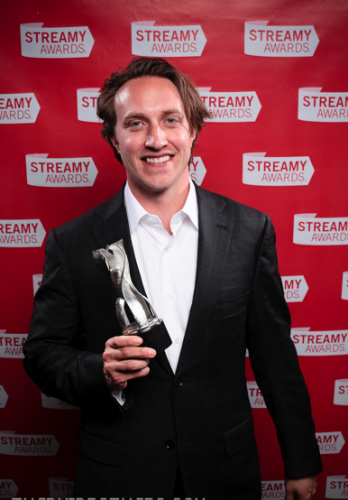 “The telecom industry pretends like it’s not getting paid,” said Hurley, speaking to WaxWord backstage Sunday night at the Streamy Awards, which is in its second year of celebrating the best in web video.

He went on, referring to YouTube: “From our perspective, it’s been quite expensive to get to where we are … We want to see the internet remain free.”

As Hurley (pictured left, photo by Bui Brothers) well knows, that proposal is very much in peril, with the recent rejection by a federal  court of the Federal Communications Commission’s jurisdiction over net neutrality.

Now the fear — unless legislation changes the state of play — is that internet service providers such as Verizon or Comcast will create premium channels for some content, while providing lesser service for unpaid content.

The issue is one that throws New Media companies like Google and YouTube into sharp contrast — and possibly into conflict — with legacy content companies such as Hollywood studios, who are likely to benefit in some way from the court decision.

The notion of a paid hierarchy on the internet pulls against Hurley’s intentions in co-creating YouTube, he said, and would subvert the revolutionary changes to social interaction that YouTube has pioneered.

Wearing a white ribbon in support of net neutrality, he said his original goal with YouTube was to allow an open platform for creativity — a platform that was on full display at the Streamys. (Hurley was accepting its first Visionary award.)

The awards are only two years old, and the ceremony at the Orpheum was filled with a raucous crowd of twenty-somethings who were mostly there for having produced no-budget entertainment, often presented on YouTube.

“It’s about creating equal opportunity for all,” he said.

The argument that a premium channel is required to monetize video on the web is a fallacy, he said. YouTube is already monetizing its video — though not at a level that comes close to the billions of dollars on broadcast and cable television.

“We believe the market for internet video is nascent and growing, and we’re proud to have a solution for anyone to monetize video, big or small,” he said.

Hurley said he believed that within two years, internet video would move to the television set. Soon there will be no real difference between the broadcast TV experience, and what is on the web.

Watching television “will be a true combination of internet programming that will exist in the living room,” Hurley said. “It will be much more seamless.”

What the 'Net Neutrality' Decision Means for Hollywood