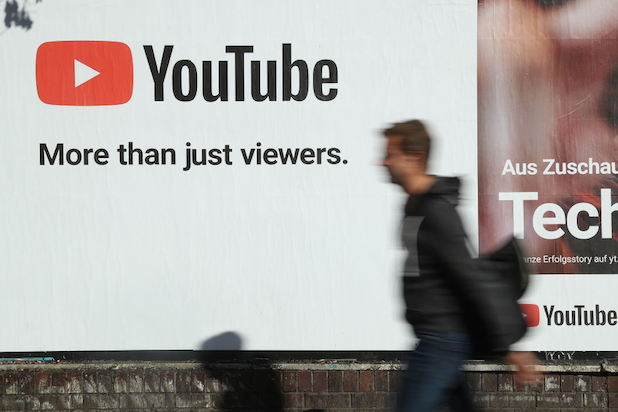 YouTube has canceled two scripted shows that it had in its pipeline but denied a report that it scrapped its plans for high-end scripted content, a company rep told TheWrap on Monday morning.

On Sunday, Bloomberg reported that YouTube had dropped sci-fi drama, “Origin,” and comedy, “Overthinking With Kat and June,” as part of an overall strategy shift, with the company abandoning its pursuit of premium scripted content. The strategy signaled a “retreat from direct competition with Netflix Inc. and Amazon.com Inc.’s Prime Video service reflects the high cost — in billions of dollars — needed to take on those deeply entrenched players, even for a rich tech giant” like Google-owned YouTube, according to Bloomberg.

The YouTube rep pushed back against the report, indicating that YouTube had several scripted dramas and comedies in the works and would be announcing a fresh slate of shows in the near future. So far, YouTube’s biggest original series has been “Cobra Kai,” an updated spinoff of  the 1984 film “The Karate Kid.” The show has run for two seasons and is negotiations for a third, Bloomberg reported.

Late last year, YouTube started to shift from subscription-based original content to an ad-supported strategy and will make all of its original productions available for free in the coming years. Since 2015, YouTube’s original content was only available to consumers willing to subscribe to the company’s streaming service, YouTube Premium. However, the company plans to combine its current Premium Originals and existing ad-supported initiatives into a single programming effort that — by 2020 — will provide free, ad-supported “windows” for YouTube users.

YouTube pulled in $15 billion in ad-supported revenue in 2018 and is looking to double-down on music and gaming, according to Bloomberg. Music is a key piece to YouTube’s success, with 30 percent of its views stemming from viewers listening to songs and watching performances, according to data provided to TheWrap by Pex, a Los-Angeles based digital media tracking firm.

Susan Daniels, who has led YouTube’s original content push since 2015, denied she’s looking to move on from the company in an email to Bloomberg.

“While it’s strangely flattering to be the topic of Hollywood gossip, please know I am committed to YouTube and can’t wait to unveil our robust slate of new and returning originals,” Daniels said.