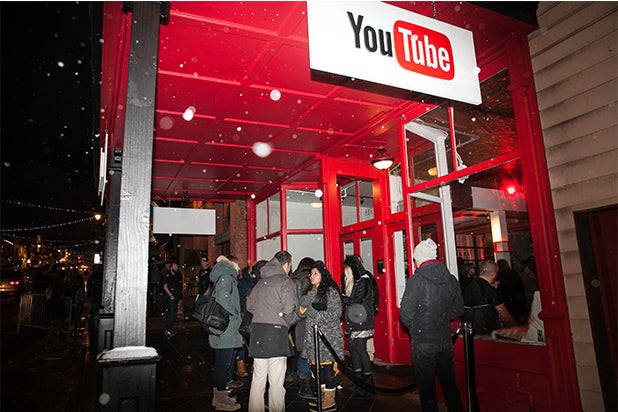 Google’s online video giant YouTube is taking on TV, as the service will be producing new unscripted shows from Hollywood luminaries including Kevin Hart and Ellen DeGeneres, YouTube announced at its Brandcast advertising event in New York Thursday.

Actor and comedian DeGeneres’ YouTube program will give viewers a behind-the-scenes look at her eponymous and popular daytime talk show with her new series, “Show Me More.” Hart’s new show, “Kevin Hart: What the Fit?” will have the pint-size dynamo exercising with celebrity guests, and will air on his Laugh Out Loud Network on YouTube.

YouTube previously announced that new “Live with Kelly and Ryan” co-host Ryan Seacrest — arguably the busiest man in Hollywood — will be producing musical competition show “Best.Cover.Ever,” hosted by rapper and actor Ludacris, but the company revealed Thursday that Johnson & Johnson will be the program’s exclusive sponsor.

On the music side, YouTube is debuting new behind-the-scenes shows from some of that industry’s biggest names, including “I Am: Demi Lovato” and “The Katy Perry Live Special,” both of which promise inside and highly personal access to the two songstresses.

And beyond Hollywood, YouTube is also leveraging its homegrown creators, launching an unscripted show from internet comedy Rhett & Link, which will be an adaptation of their “Good Mythical Morning” show. YouTube stars The Slow Mo Guys will also premiere “The Super Slow Show,” which will use technology to explore the world in slow motion.

All of those new YouTube shows will air on its main ad-supported service, not YouTube Red, its $10/month subscription service where many of YouTube’s originals such as “Escape the Night” and “Rhett & Link’s Buddy System,” can currently be found.