The woman identified by police as the shooter at YouTube headquarters — leaving three people wounded before killing herself — had a history of railing against the video giant.

Nasim Aghdam, the 39-year-old woman San Bruno police say carried out the California attack, blasted YouTube on several occasions, accusing the site of suppressing views on her channel and demonetizing her videos. Aghdam was an active creator, posting videos in Farsi, Turkish and English on a variety of topics, including veganism and dancing.

“YouTube filted [sic] my channels to keep them from getting views!” said a website with Aghdam’s name and content. “There is no equal growth opportunity on YOUTUBE or any other video sharing site, your channel will grow if they want to!!!!!!” 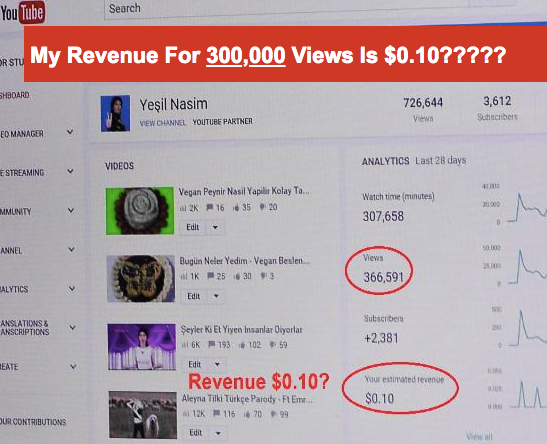 A website appearing to belong to Nasim Aghdam believed YouTube was purposely demonetizing her videos (via nasimesabz.com)

Before opening fire at YouTube HQ, Aghdam visited a local gun range, where a handgun was found registered in her name, San Bruno police Chief  Ed Barberini said on Thursday.

Aghdam continued: “There is no free speech in real world & you will be suppressed for telling the truth that is not supported by the system. Videos of targeted users are filtered & merely relegated, so that people can hardly see their videos!”

A resident of San Diego, Aghdam drove hundreds of miles to the Bay Area before opening fire at YouTube HQ in San Bruno, California, according to KRON-4. Agdan had been reported as missing in the days leading up to the attack. She was spotted sleeping in her car by Mountain View police, who reported her to her family, according to the LA Times.

Aghdam’s father said he was aware she believed YouTube was censoring her videos, saying she “hated” the site, according to the San Jose Mercury News. Her brother said she complained YouTube “ruined her life,” and that he called Mountain View police when he found out she was in the Bay Area.

In a March 18 Instagram post viewed by the San Jose Mercury News before it was removed, Aghdam reiterated the accusation that YouTube was suppressing her channel.

“All my youtube channels got filtered by youtube so my videos hardly get views and it is called ‘merely relegation.’ This is also happening to many other channels on youtube,” read the Instagram caption. “This is the peaceful tactic used on the internet to censor and suppress people who speak the truth and are not good for the financial, political … gains of the system and big businesses. I recently got filtered on instagram too and maybe its related to youtube and youtube staff asked instagram to filter me here too!?”