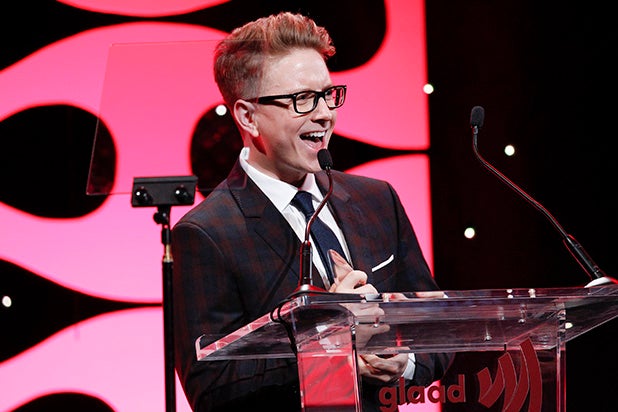 Oakley and the daytime juggernaut made a splashy announcement in May 2016, with a content partnership that was supposed to span multiple platforms. The collaboration did result in a web-only talk series, “The Tyler Oakley Show,” which has not posted any new installments since December.

No new content will come to fruition, an insider said.

The deal was widely perceived as a gold standard in what social influencers and digital-native talent could achieve in Hollywood. Oakley has eight million YouTube subscribers alone, while DeGeneres’ broadcast show has 20 million on the streaming site.

Oakley’s show failed to gain traction on the nascent platform, though, normally pulling in less than 30,00 views per video. For comparison, his YouTube channel routinely hauls in hundreds of thousands of views for his clips.

In a statement to TheWrap, Mia Rose Wong of Advantage PR — Oakley’s representatives — confirmed the partnership has ended.

“Tyler is grateful for the opportunity to work so closely with Ellen and her team and has learned so much.” said Wong. “He is looking forward to numerous other projects he has in the works this year.”

Also Read: Snap Continues to Sink: Will It Get Worse Before It Gets Better?

A representative for EllenTV said DeGeneres and her show’s staff were on vacation and unable to comment on the matter.

The 28-year-old personality had made the deal with DeGeneres and her longtime partner Warner Bros. Television. Oakley is one of the more famous LGBTQ personalities online, with a popular podcast and 5.8 million Twitter followers.

DeGeneres made a point to single out Oakley among several creators she signed deals with when announcing the partnership last year. “I’m so excited for the Ellen Digital Network. I’ll get to showcase amazing talents like Tyler Oakley,” said DeGeneres.