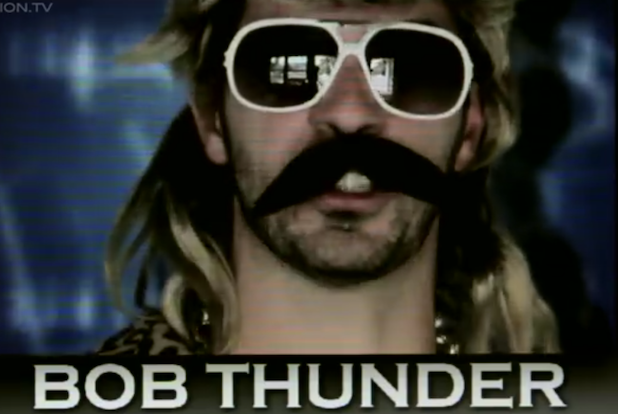 YouTube stars Shane Dawson, Chester See and Olga Kay have signed on to appear in “Bob Thunder: Internet Assassin,” a movie about an assassin who targets YouTube stars and replaces them with brand-friendly robotic clones. The movie will feature more than a dozen prominent YouTubers, and also feature cameos from Janice Dickinson and Rampage Jackson.

Joe Nation will star in and direct the film, which was inspired by his web series “YouTube Assassin.” (You can watch the first episode of this at the bottom of the post.)

Relativity’s digital studio and FilmOn are co-producing the project, which FilmOn is financing. FilmOn is an Internet TV service that has been compared to Aereo. Given the legal challenges for Aereo, FilmOn has focused on shows it owns or has licensed.

“Camp Takota,” which starred Grace Helbig, Hannah Hart and Mamrie Hart, has become a model for leveraging social followings during a production. All three women gave their fans a behind-the-scenes look at the production.

“We are excited to work on Bob Thunder with Alki David’s FilmOn,” Roger Mincheff, President of Relativity Digital Studios, said in a statement. “This project harnesses the talent and fervor of the YouTube community to reach a key audience for Relativity. ‘Assassins’ disrupts the traditional film model for packaging and producing films for digital platforms which we hope to continue to replicate with today’s storytellers.”

David, the founder of FilmOn, will produce the movie with Relativity’s Kendall Rhodes. This is Relativity’s second digital project since launching its digital studio, and the first movie. Its first project was a series called “Interns,” which will debut in the fall.

Relativity began production on “Bob Thunder” in June and will release it digitally in January.

“I am particularly proud to have partnered with Relativity on this one because they have a great spirit of independence that fully resonates with what we do at FilmOn,” David said in a statement.  “We have had a great time making this hilarious movie as an exclusive offering on FilmOn. It’s totally everything that it promises to be: funny, current and cool.  Joe Nation is about to take his place in the pantheon of Hollywood comedy greats.”