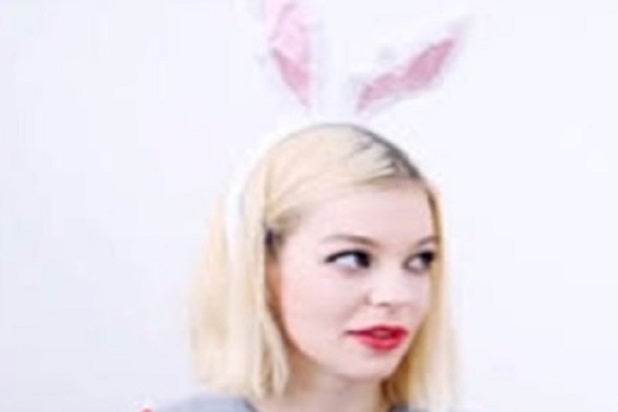 YouTube personality Mars Argo has filed a lawsuit against her former romantic and creative partner, accusing him of “severe emotional and psychological abuse” and causing her to develop post-traumatic stress disorder, according to court papers obtained by TheWrap.

The suit also accuses the former collaborator of creating a knockoff of the Mars Argo character, infringing on her copyright.

In the suit filed Tuesday in federal court in California, Mars Argo, whose real name is Brittany Sheets, said she met Titanic Sinclair (whose real name is Corey Mixter, according to the papers) and struck up both a romantic and creative relationship with him, releasing more than 90 videos on their YouTube channel.

However, the suit says, as Mars Argo’s popularity grew, “Ms. Sheets was living a nightmare and, behind closed doors, she was enduring severe emotional and psychological abuse and manipulation from Mr. Mixter.”

According to the suit, Sheets broke up with Mixter after confronting him “about his recurrent infidelity” in 2014, but continued to work with him professionally. Following the breakup, the suit says, Mixter “began to repeatedly harass, stalk, threaten, and abuse Ms. Sheets, including – but not limited to – threatening to commit suicide, repeatedly showing up unannounced at Ms. Sheets’ doorstep, breaking into her apartment, stalking her every move on social media, disparaging her to mutual friends, acquaintances, or others in the industry, and even physically assaulting her.”

Later in the year, the suit says, Sheets decided to stop producing new content with Mixter as well, but his “intimidation only intensified.” According to the suit, Mixter broke into Sheets’ apartment multiple times, and demeaned her on social media, calling her a “complete nutcase,” evil” and “a compulsive liar,” and claiming that he “invented” Mars Argo.

“As a result of Mr. Mixter’s actions, Ms. Sheets has been diagnosed with post-traumatic stress disorder, for which she has received regular treatment,” the suit reads.

The suit says that, around the time that Mixter was “actively harassing” Sheets, he “calculatedly transformed another woman, Moriah Rose Pereira — known by the stage name ‘ThatPoppy’ or ‘Poppy’ or ‘I’m Poppy’ (collectively, ‘Poppy’) — into a Mars Argo knockoff.” Among the numerous similarities alleged in the suit, Pereira’s hair was dyed “a specific platinum blonde” and she started to alter her voice to a higher pitch “to mimic Mars Argo’s distinctive speaking voice.” 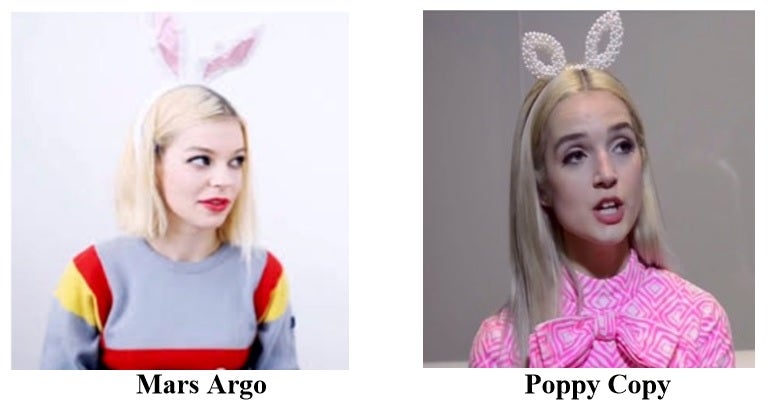 “From November 2014 to the present, through the Poppy project, Mr. Mixter and Ms. Pereira as Poppy, deliberately copied Mars Argo’s identity, likeness, expression of ideas, sound, style, and aesthetic in YouTube segments, music videos, live performances, internet videos, and other performances or shows,” the suit reads.

TheWrap has reached out to representatives for Titanic Sinclair and Poppy for comment.

Alleging copyright infringement and other counts, the suit is seeking unspecified damages, and a domestic violence restraining order against Mixter.