It turns out you don’t even have to graduate from elementary school to make big bucks on YouTube.

For the second straight year, 8-year-old Ryan Kaji was YouTube’s top earner after raking in $26 million, according to a Wednesday report from Forbes. Kaji, who has nearly 23 million followers on his “Ryan’s World” channel, also grabbed the top spot last year after he made an estimated $22 million. His parents hopefully have a nice Christmas gift lined up for him.

And even at his age, making videos on YouTube is starting to become old hat for Kaji. His channel launched almost five years ago and has expanded from Kaji unboxing toys on camera to offering do-it-yourself tips and learning tricks from the Harlem Globetrotters. Kaji appears to be working harder than some writers who are four times his age, too, by churning out a half dozen YouTube videos per week.

Kaji’s success has helped grow his family’s Texas-based production company, Sunlight Entertainment, into a team of 28 people running 9 different YouTube channels. All together they have more than 30 million subscribers. Outside of YouTube, Kaji also has production deals with Hulu and Nickelodeon.

Coming in as the second highest-earning YouTube channel is “Dude Perfect,” a group of five guys in their 30s who perform stunts. PewDiePie, who hit 100 million subscribers on YouTube earlier this year, was tied for 7th place with $13 million in estimated revenue.

Forbes does not calculate taxes or fees paid to managers and agents in its estimates. 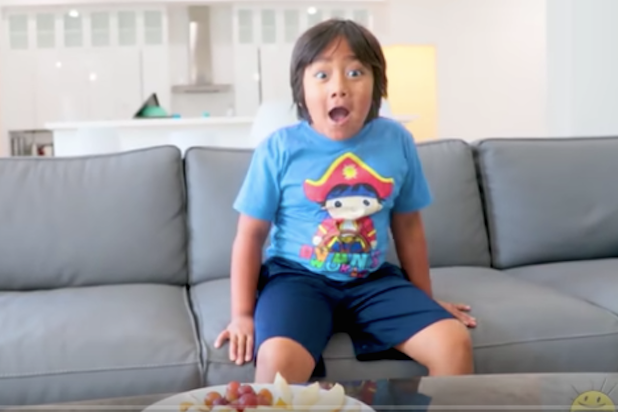