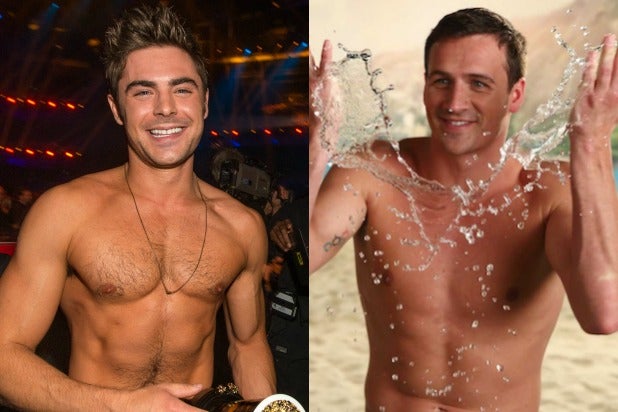 (Spoiler alert: Do not read on if you don’t want to know who Zac Efron plays in next summer’s “Baywatch.”)

According to an individual with knowledge of the production, Zac Efron‘s character, Matt Brody, is a former U.S. Olympic swimmer, two-time gold medalist and world record holder who becomes embroiled in controversy after committing a crime.

To rehab his public image and satisfy the community service portion of his sentence, he joins the lifeguard squad — where his presence rankles the head lifeguard played by Dwayne Johnson.

Director Seth Gordon wrapped production on the new film in June, long before real-life Olympic swimmer Ryan Lochte and some of his U.S. teammates got caught up in a controversial robbery scandal at the 2016 Olympic Games.

The athletes claimed they were robbed at gunpoint, but Brazilian authorities soon countered that the athletes had actually been stopped by armed security guards and accused of vandalizing a gas station restroom.

Since then, Lochte has lost several endorsement deals, including those from Speedo and Ralph Lauren. However, the 12-time Olympic medalist (with six golds) recently signed a new endorsement deal with Pine Bros. Softish Throat Drops.

Until now, the studio has kept most plot points and character details about  under wraps for “Baywatch,” other than the cast posting pictures from set.

Paramount and Efron’s reps declined to comment on the character details.