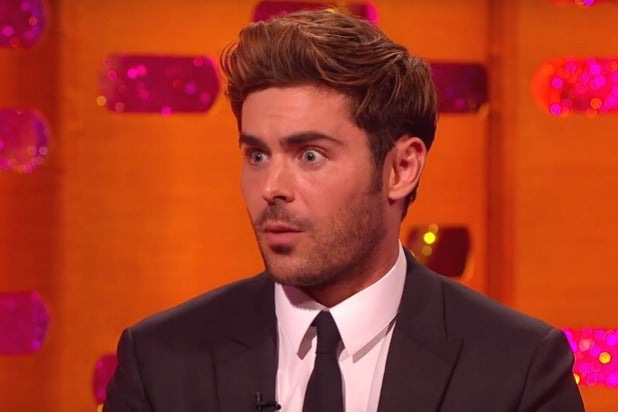 Zac Efron is facing charges of “cultural appropriation” after the Hollywood star posted a moody image of himself in dreadlocks on Instagram.

“Just for fun,” he said, offering no reason for the new look. The dreadlocks do not appear in any earlier recent photos of the star.

In less than 24 hours, however, Efron’s comments section was inundated.

“This is literal cultural appropriation and nothing about my culture is ‘just for fun,'” said one aggrieved poster referencing Efron’s caption.

“You have been afforded so much privilege and world experiences that should also inform you that dreadlocks on white people is cultural appropriation,” said another.

Responses like that led to a storm of pushback from Efron defenders who came to his aide and, ultimately, drowned out those accusing Efron of cultural appropriation by a significant margin.

“This is WHY Trump is president” said one. “Playing the race card over and over about every little thing possible. The rest of the world is bored by this- leave Zac alone he looks good with it.”

“The comments on here are ridiculous,” said a second. “Do people scream cultural appropriation comments when they see a picture of Niki [sic] Minaj wearing a blond wig? No.. no one should care about something as insignificant as someone else’s hair.”

“Really everyone,” said another. “There are better things to be upset about then what someone does with their hair! #getoverit“

“Cultural appropriation” has animated Internet activists many times in the recent past – like, when the girl wore a Chinese inspired prom dress, and that time Olympic skier Gus Kenworthy was pushed into apologizing for this image of him wearing a Native American headdress.

White men wearing dreadlocks has a long history of inciting cries of cultural appropriation. In 2016, video of a student at San Francisco State University being harassed for wearing the hairdo went viral. CNN published this helpful think-piece cautioning  whites about what they should consider before choosing the look in the future.

Ok Twitter serious question was it ever that serious that now no one can wear dreadlocks unless you black?https://t.co/L5Cm4hI6LD