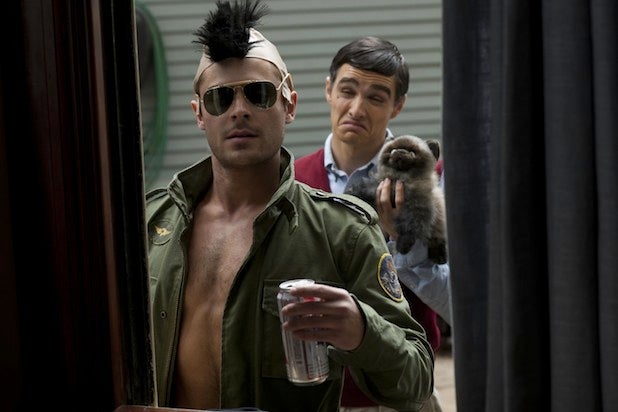 Universal announced the new title Monday. Starring Efron, Rose Byrne and Seth Rogen, it will be released on May 9, 2014.

Nicholas Stoller (“The Five-Year Engagement”) will direct the tale of a young couple forced to live next to a fraternity house after the birth of their newborn baby. Stoller also directed “Forgetting Sarah Marshall” and “Get Him to the Greek” for the studio.

It will be the third comedy film to debut on the May 9 weekend. Already slotted on that date are Open Road’s “Chef,” written and directed by Jon Favreau, and “Tyler Perry’s Single Mom’s Club” from Lionsgate.