Actor Zach Avery was sentenced on Monday to 20 years in federal prison after fabricating HBO and Netflix film deals in a $650 million Ponzi scheme, the U.S Department of Justice, Central District of California, revealed.

Avery, whose real name is Zachary Horwitz, raised at least $650 million with “bogus claims” that investor money would be used to acquire licensing rights to films that HBO and Netflix had agreed to distribute abroad, according to the U.S. attorney’s office. Horwitz, 35, was also ordered to pay some $230 million in restitution to his victims.

“Defendant Zachary Horwitz portrayed himself as a Hollywood success story,” prosecutors argued in a sentencing memorandum. “He branded himself as an industry player, who, through his company…leveraged his relationships with online streaming platforms like HBO and Netflix to sell them foreign film distribution rights at a steady premium…But, as his victims came to learn, [Horwitz] was not a successful businessman or Hollywood insider. He just played one in real life.” 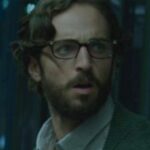 The scheme, as laid out by the FBI, featured a 2015 annual investors report that named 52 movies the company was said to be distributing in Africa, Australia, New Zealand and South America. Bottles of Johnnie Walker Blue Label scotch were included with the investor package, according to the FBI report. Horwitz, who the FBI says owes investors $227 million in principal alone, is alleged to have used much of the proceeds for the fake company toward personal income.

The actor defrauded five major groups of private investors, raising capital from more than 250 individuals that invested directly or indirectly in 1inMM Capital, according to the U.S. attorney’s office. His scheme began in 2014 and lasted until the FBI arrested him in April 2021.