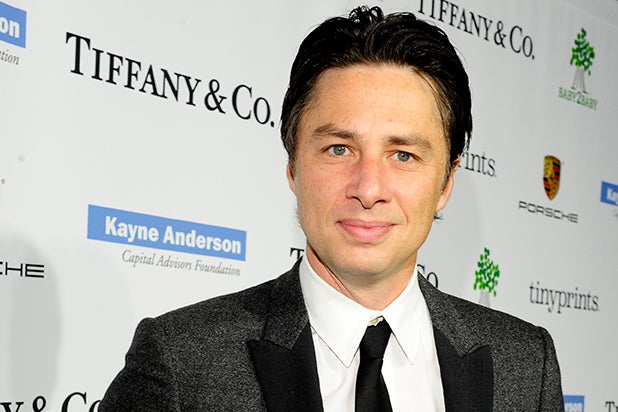 Zach Braff is in talks to direct a remake of Martin Brest’s 1979 heist thriller “Going in Style” for New Line Cinema, an individual with knowledge of the project told TheWrap.

Braff doesn’t have an official offer yet but has had discussions with the studio and a deal is expected to come together.

The 1979 film starred George Burns, Art Carney and Lee Strasberg as a trio of old men who decide to pull off a bank robbery heist out of boredom.

The remake has a script from “St. Vincent’s” Ted Melfi. Donald De Line is producing, while the original film’s producer Tony Bill will executive produce.

Braff is coming off his Kickstarter-backed “Wish I Was Here.” He is represented by CAA and Management 360.