Well guys, the director’s cut of “Justice League” DOES exist. At least, that’s what Zack Snyder shared on Vero on Wednesday.

“Is it real? Does it exist? Of course it does,” Snyder posted on the social media platform.

DC fans have been demanding Snyder’s cut of the film with the hashtag #ReleaseTheSnyderCut since its release in 2017, and last week, Gal Gadot and Ben Affleck posted tweets to show support for the fan campaign.

Snyder, the original director of the film, stepped down during post-production after the untimely death of his daughter. Joss Whedon was hired to finish editing the film and also did reshoots with scenes he wrote himself.

But “Justice League” ended up being no “Avengers,” with lukewarm fan reception and grossing well below $1 billion at the box office. Since then, fans have demanded that Warner Bros. re-release the film in the original cut that Snyder intended, one that original composer Tom “Junkie XL” Holkenborg confirmed had a score composed for it before it was replaced by Whedon.

A spokesperson for Warner Bros has not yet responded to TheWrap’s request for comment.

Check out the tease below. 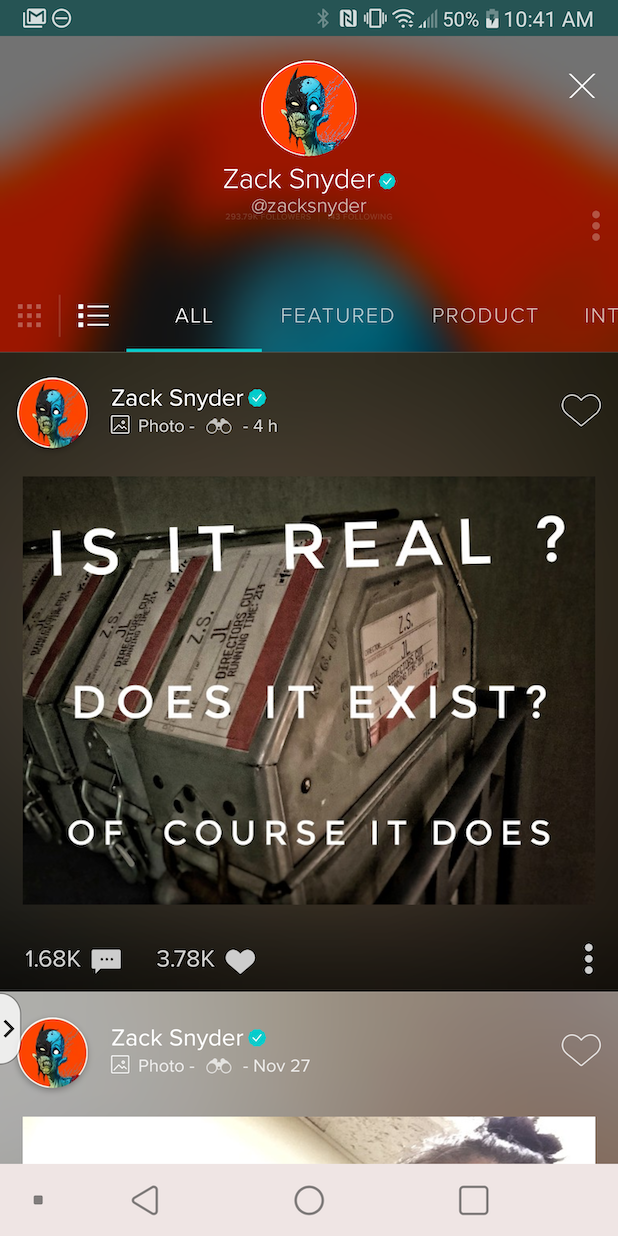