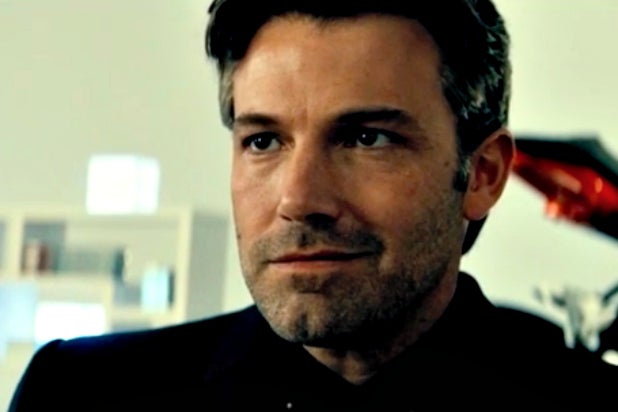 Ben Affleck may be directing himself in a “Batman” movie if Zack Snyder has his way.

Snyder, the director of “Batman v Superman” and the upcoming “Justice League” movie, has stated that he hopes Affleck will work on script for a new standalone Dark Knight project once filming on “Justice League: Part One” is complete.

“I keep working on him, he’s always said he’s a one movie at a time guy. He’s finishing editing his film ‘Live By Night’ and then he comes to ‘Justice League,’ and then after that, I think he’s going to try and develop the story,” Snyder told JOE.ie (via Heroic Hollywood). “Then we’ll see if he likes it.”

When asked if Affleck would direct the film as well, Snyder replied, “Oh yeah, for sure. I think he would. I think that’s kind of the prerequisite, hopefully, for him doing [the film].”

Warner Bros, the studio behind “Batman v Superman” and “Justice League,” would no doubt love the chance to work with Affleck on the film given the success of his most recent outing as the Caped Crusader.

At the time of this publishing, “Batman v Superman” has grossed just under $683 million worldwide, with over $260 million of that coming from the U.S. The film was released less than two weeks ago.

DC Comics fans will get their next chance to see their favorite heroes and villains come to life on the big screen when “Suicide Squad” hits theaters on Aug. 5. “Justice League” begins filming this month.