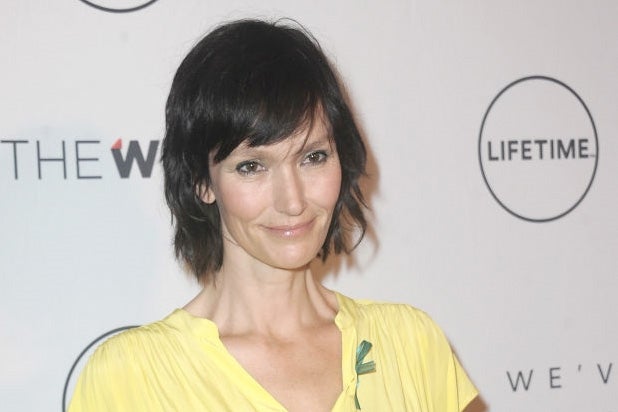 Last October, model and actress Zoe Brock joined dozens of women accusing Harvey Weinstein of sexual misconduct in a powerful essay about her encounter with the mogul at the 1998 Cannes Film Festival. Now that Weinstein has been arrested on three felony charges of rape and a criminal sexual act, Brock reflects on her experience. (Weinstein has pleaded not guilty.)

I’ll never forget the first time someone told me they thought I was brave for speaking out. I remember feeling awkward and confused, as if I was being given a compliment I didn’t deserve. I was dismissive and brushed the sentiment away. I probably even came across as rude. You see, I didn’t feel brave, not one iota, I felt compelled. There was zero bravery in any of my actions because there was zero forethought.

And that was naive on my part.

I told my story on October 8, two days after the New York Times article exposed Harvey Weinstein for the monster I had long known him to be. A lot has changed since then. My life is strange and dramatic in ways I don’t want it to be. When I blurted my story onto the internet I had no idea anyone would read it, or what the consequences of speaking out would be.

I didn’t know how to field hundreds of press requests or have the emotional bandwidth to manage a steady stream of emails from other victims who were too scared to come forward.

I never imagined for one second that I would need to wake up every day and steel myself against the inevitable horror stories in the press, or defend myself against trolls and bullies on social media.

I had no idea I was buying myself a VIP pass to the emotional roller-coaster theme park, with rides like “vicarious trauma” “compassion fatigue” and “burnout.”

I could never have comprehended that I would be forced to defend myself — and others — from a steady barrage of ignorant comments like “Why didn’t you come forward sooner?” and “What sort of idiot goes back to a hotel room?”

If anyone had warned me that women like Pamela Anderson, Germaine Greer, Brigitte Bardot (to name a few) would sell us out and critique us for telling the truth and sharing our vulnerability and pain, I would never have believed it.

I never in a million years could have guessed that I would have to become paranoid about strangers — but in light of Ronan Farrow’s exposé into Harvey’s use of Black Cube and ex-Mossad spies, that is exactly the position I am forced to take.

I didn’t know that my experiences dealing with other victims would force me to unpack the long list of sexual violence I have suffered in my lifetime and see how I minimized every single instance, including my experience with Harvey Weinstein and an earlier violent rape, and how I failed myself for failing to deal with any of it.

I didn’t know that trauma could cause excess cortisol to build up in my body and that my adrenals could shut down and my thyroid go into hyperdrive, causing my hair to fall out and my heart to race.

I didn’t know any of this.

But this is what it looks like in the eye of this hurricane.

This is what it feels like. I can only speak for myself but I know this much is true for many of the other men and women who have spoken up about powerful men, too.

And still people question our motivations and accuse us of coming forward for fame and fortune.

These days, if anyone comments on how brave they think I am for speaking out — I own it. Yep. I’m brave. I’m really f—ing brave. We all are.

How do I know, you ask? Because we don’t want to be. We want it to stop. We want the world to be beautiful and kind and peaceful and loving. We want to relax and play with our children and laugh. We do not want to worry about their futures, or ours.

Also Read: One Year Ago Today, Harvey Weinstein Was the Toast of Cannes at amfAR AIDS Benefit

We do not want to wake up every day and be scared to look on social media or pick up our phones. We do not want to have to see Harvey’s face on newspapers and the TV. Or James Toback’s, or Kevin Spacey’s, or Dustin Hoffman’s, or Donald Trump’s.

We do not want to have to keep hearing about more powerful people abusing more women (and men) and getting away with it. We do not want to have to face this monster in court and go through years of having our characters assassinated and our lives dragged through the mud. We don’t want to hear accused predators are complaining that they’ve lost their careers, when their pursuit of satisfying their perversions is what cost us our dreams.

We don’t want to see articles about Charlie Rose lamenting his loneliness on his tennis court, or Garrison Keillor planning a comeback. And we don’t want to keep the secrets of literally dozens and dozens of victims of multiple offenders who are too scared to come forward, and the many others who just don’t want the hassle.

We don’t want to, but we will.

Personally, I do it because I will not let my beautiful daughter go through the things I went through. If there is a chance that my voice and my actions can create some change in this world then I will force myself every day to be braver than I feel and get the job done.

In the seven or so months since this story broke, I have had the incredible fortune to meet real soldiers in the fight for equality and truth, and make a couple of beautiful friendships within the larger community of Silence Breakers. Every day these humans put their big girl (and boy!) pants on and stand up to their bullies and keep this conversation alive, no matter how scared and tired and defeated they’re feeling. That’s bravery.

There now exists a community made up of “accidental activists,” as the great Lauren Sivan so succinctly put it, a bunch of sexual-violence survivors who were been thrown together and forced to defend themselves and each other.

It is my hope that we can come together to present a united front to the world, lift each other up and strive to be not just the voices and faces that launched a movement called #MeToo, but the voices and faces who inspire the world to greater compassion and kindness for victims of sexual assault, and a better understanding of how trauma effects people at a deep psychological and physical level.

That is my hope.

View In Gallery
BIO Zoe Brock
Zoe Brock is a model and actress who was born in Christchurch, New Zealand, and raised in Australia. Discovered at the age of 14, she worked for top glossy mags like Vogue, Elle, Glamour and Cosmopolitan. She has strutted down catwalks during Fashion Week in cities around the world for leading brands like Giorgio Armani, Vivienne Westwood and Gucci. Zoe%u2019s acting portfolio includes guest spots alongside Vince Vaughan and Jaime Presley. And her short film entry into the SF48HR Film Festival won Audience Choice and Best Character awards.

Zoe Brock is a model and actress who was born in Christchurch, New Zealand, and raised in Australia. Discovered at the age of 14, she worked for top glossy mags like Vogue, Elle, Glamour and Cosmopolitan. She has strutted down catwalks during Fashion Week in cities around the world for leading brands like Giorgio Armani, Vivienne Westwood and Gucci. Zoe%u2019s acting portfolio includes guest spots alongside Vince Vaughan and Jaime Presley. And her short film entry into the SF48HR Film Festival won Audience Choice and Best Character awards.