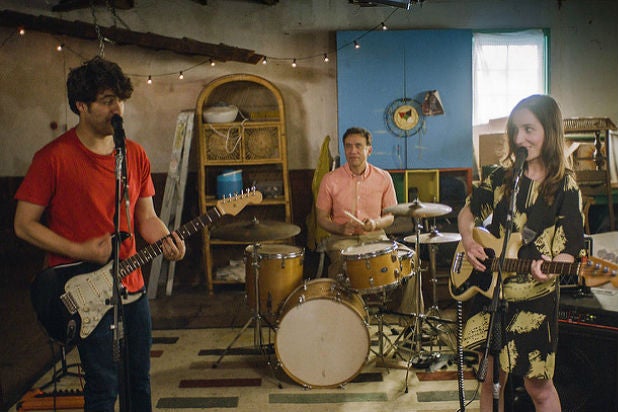 Zoe Lister-Jones’ comedy “Band Aid” has been acquired by IFC Films following its premiere at the 2017 Sundance Film Festival, it was announced Friday.

Sony Pictures Worldwide Acquisitions picked up the rights to the film outside of North America. “Band Aid” marks the directorial debut of the “New Girl” and “Life in Pieces” star. It had its world premiere in the U.S. Dramatic Competition section at Sundance.

“I am extremely proud of this film,” said Lister-Jones. “IFC Films & SPWA’s enthusiasm and passion for the project is beyond exciting, and I am delighted to work with them to bring ‘Band Aid’ to a wider audience.”

The film was produced by Lister-Jones under her production banner Mister Lister Films, with producer Natalia Anderson and executive producer Daryl Wein. It was financed by QC Entertainment with QC’s Ted Hamm, Sean McKittrick, Ray Mansfield, and Shaun Redick serving as executive producers.

Also Read: Sundance Hit 'Beach Rats' Has a #BuryYourGays Problem - But It's Not Backing Down

“Everyone at IFC Films is thrilled to be working again with the immensely talented Zoe Lister-Jones after our first collaboration on ‘Breaking Upwards,'” said Jonathan Sehring and Lisa Schwartz, co-presidents of Sundance Selects/IFC Films. “‘Band Aid’ is an incredibly impressive directorial debut feature — it is not only funny but also incredibly smart and inventive, proving Zoe is a true quadruple-threat as an actress, filmmaker, writer and singer-songwriter.”