In regards to recent headlines about the movie “Nina,” we have chosen to address the issue of race and casting by creating a metaphorical place called America High School. Today at America High School, the head of the drama department, Mr. Hollywood, has just been summoned for a disciplinary hearing to address the controversy around his long-shelved film that is only just now surfacing after years in turnaround. (And if you think it’s unfair that we’ve gendered Hollywood as a presumably white male, you’re right; it’s not fair, but it’s true.)

Good afternoon, Mr. Hollywood, and thank you for joining us today.

You’ve been called before this disciplinary board to discuss what is only the most recent slate of complaints we’ve received about your department regarding issues of identity politics and representation. Lately an alarming number of parents and students have called in regarding your upcoming production of “Nina,” a film about the life of legendary soul singer and black activist, Nina Simone. We understand that you have cast a primarily Latina actress, Ms. Zoe Saldana, to play Ms. Simone, and have gone so far as to darken her skin and apply facial prostheses to make Ms. Saldana more physically appropriate for the part.

Mr. Hollywood, we simply do not know where to begin. You are an institution at this school, but your persistent lack of tact in this matter suggests that you feel your status puts you beyond reproach — that you are so deeply entrenched in our community you are exempt from change. Well, Mr. Hollywood, you are not exempt, and in fact, you must be at the forefront of this institution’s future-facing identity! Your art reaches more people than almost every other department combined at this school, and we are here to insist that you increase your sensitivity where matters of representation are concerned. It is time for you to better lead by example.

You’ve been before this board enough times for this exact reason that we refuse to believe you’ve failed to understand the nuances of this issue. Just in the past month we’ve been witness to several outrages.

• One of your students, Ms. Rooney Mara, was raked over the coals for appearing as Tiger Lily in the movie “Pan,” and has since spoken out about the woeful casting decision by saying, “I really hate, hate, hate that I am on that side of the whitewashing conversation. I really do.”

• And just a few weeks ago we learned that Charlie Hunnam has been cast to play a Mexican-American, and …

This is all simply unacceptable, Mr. Hollywood, and feels so tone deaf that it borders on actively contemptuous. 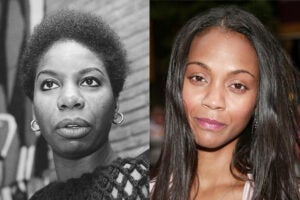 Now in regards to the matter of Nina, let’s establish that Ms. Saldana is a very talented performer, and it is beyond doubt that she gave the role of Ms. Simone all the respect and effort it deserved. But certainly you must understand that a woman renowned for her activism on behalf of the black community, who was herself black, would most responsibly have been played by a black performer.

Yes, Ms. Saldana is a person of color, but in this day and age we must recognize that casting a person “of color” is no longer a good enough solution to fix the diversity problem in your department. We must strive to accurately represent communities of color on screen, and in the case of producing a biographical picture, we must also be mindful of an iconic figure’s importance to the community they represent.

Recent comments have been made by Ms. Saldana herself and industry colleague Mr. Fiennes regarding the necessity of “colorblind casting,” with Fiennes saying, “When I went to drama school and went through my career in theater, I’ve known nothing but colorblind casting,” adding that, “I think it’s essential, otherwise we wouldn’t get amazing actors to play Hamlet and even changing sex as well. It’s important because all actors bring something fresh and new. We’re looking for imagination and interpretation, and it doesn’t steal anything away from the true identity of that person.” 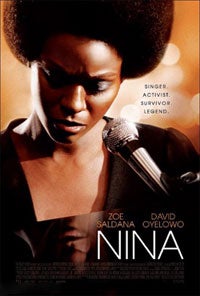 And in addressing the “Nina” casting decision, Ms. Saldana admitted she too had reservations before settling into the role, “An artist is colorless, genderless,” she told InStyle Magazine. “It’s more complex than just ‘Oh, you chose the Halle Berry look-alike to play a dark, strikingly beautiful, iconic black woman.’ The truth is, they chose an artist who was willing to sacrifice herself. We needed to tell her story because she deserves it.”

Surely Mr. Fiennes meant well — and his utopic aspirations for the entertainment industry are noble — but a white performer saying he’s experienced “nothing but colorblind casting” does sound a bit like a white man who has not considered the privilege inherent in his station.

As we have heard so often recently, the opportunities for people of color on screen are incredibly limited, and until opportunities become more pervasive we must treat substantial roles like that of Ms. Simone with the utmost care. They must be exemplary in their presentation, Mr. Hollywood, to prove that you are taking the complaints of so many under-represented communities seriously. We must believe, and your audience must believe, that you are committed to progress, because it is no longer an option.

.@zoesaldana Cool story but please take Nina’s name out your mouth. For the rest of your life.

And yes, we understand that filmmakers have artistic license. But we are still cleaning up after your “Exodus: Gods and Kings” debacle. An unbelievable amount of school resources were poured into that project, hundreds of millions of dollars even, and your response to the outrage of whitewashing was to say, “I can’t mount a film of this budget, where I have to rely on tax rebates in Spain, and say that my lead actor is Mohammad so-and-so from such-and-such,” adding that, “I’m just not going to get it financed. So the question doesn’t even come up.” That was not your finest hour, Mr. Hollywood, and it was certainly not ours for letting you off the hook so easily, because the question has been raised, and it will keep being raised over and over again.

Perhaps you saw the recent video put together by John Oliver, the editor in chief of our student body’s alternative weekly paper. It’s from his damning series “How Is This Still A Thing?” and it tackles your shameful history of racial miscasting. Everyone here loves John Wayne, but, really? Genghis Kahn? We forgave and moved on because that was a different time with different politics, but sir, this is 2016, and you’re out of excuses. Many of us at this table would love to replace you, Mr. Hollywood — to rip up your whole department and start from the beginning — but we cannot. So we must move forward instead with the Hollywood we have, and hope that you can become the Hollywood we want, and so desperately need.