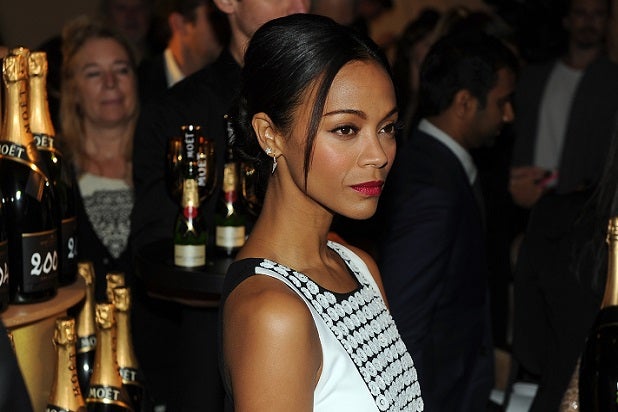 Saldana will play the role of Rosemary in the four-hour miniseries. In the NBC version of the story, would-be mother Rosemary and her husband move into a Paris apartment with a darkly storied past. After Rosemary becomes pregnant, she begins to suspect that her husband and neighbors have ulterior motives about the future of her child.

The miniseries is being adapted from Ira Levin’s 1967 novel, the basis for the 1968 movie starring Mia Farrow as the mother-to-be. That movie was directed by Roman Polanski.

“Zoe has proven that she is one of our most gifted actresses and we think she has the perfect combination of spirit and gravitas to take on the title role from Ira Levin’s infamous novel,”NBC Entertainment executive vice president, movies, miniseries and international co-productions Quinn Taylor said. “With Zoe leading the cast under the direction of Agnieszka Holland, this reimagined event mini-series is off to a great start.”

Saldana starred in “Avatar” and the J.J. Abrams’ “Star Trek” remake. She recently appeared in the Christian Bale drama “Out of the Furnace.”