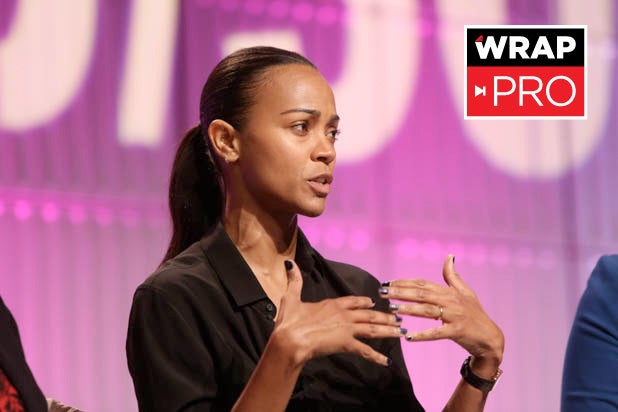 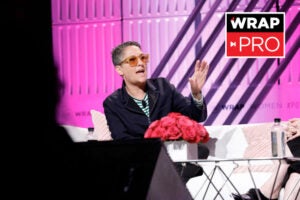 Power Women Summit: ”They were going to be perceived by many as black men that will have to fight twice as hard to prove their worth,“ star of ”Guardians of the Galaxy“ says

Actress Zoe Saldana said she first got involved in social activism after she looked at her newborn twin sons and felt a twinge of fear.

“I felt really happy that I’m going to get to see my reflection for the rest of our lives,” Saldana told the audience at TheWrap’s Power Women Summit in Downtown Los Angeles Friday. “The second feeling was fear because they were going to be perceived by many as black men that will have to fight twice as hard to prove their worth.”

“I felt just so ashamed that I had that fear, but also I felt that I needed to do something,” she added.

Earlier this year, the “Avatar” and “Guardians of the Galaxy” star launched digital news platform BESE, with a mission is to shine a light on untold positive stories of Latinos geared to Millennial and Gen Z audiences.

“We’re highlighting stories of underrepresented people within our communities,” she said. “We’re starting with the Latinx community because it is the most marginalized according to its size and growth… so that younger people that look like me, like my sons, can see their reflections and cultivate aspirations for themselves.”

Saldana spoke during a panel called “Activism and Empowering the Next Generation,” moderated by Democratic political commentator Hilary Rosen. She was joined by legendary activist Dolores Huerta and California Congressional candidate Katie Hill.

Huerta, the co-founder of the National Farmworkers Association, said the country was going through a sea change when it comes to social activism.

“I feel like we have an awakening now in our country,” she said. “Now I think everything is really personal. And we understand that we really have to stand up and do something about these cancers that we have in our society of misogyny, of homophobia and of racism.”

Huerta said one of the ways to end those cancers is by changing the educational system to teach kids the “contribution of people of color to this country.”

“We’re not teaching this and this is why we have so much racism in our country,” she said, calling it a “poison of white privilege and white supremacy.”

Hill, who is running in a tight race for California’s 25th district, said she too felt the sea change.

Hill said she was eating at a restaurant with some of her staffers recently when two servers approached her to tell her that they would be voting for her in the upcoming November midterms.

“Both of them said that this would be their first time voting and they were women in their early 20s,” Hill said. “I think this is a huge deal… those are not reflected in the polls. The polls are showing likely voters.”

She added: “I feel like, and I can be totally have egg on my face after this… that we’re going to see historic returns.”

Huerta said one of the most important things people can do is go out and canvass.

“It’s all about building power,” she said.