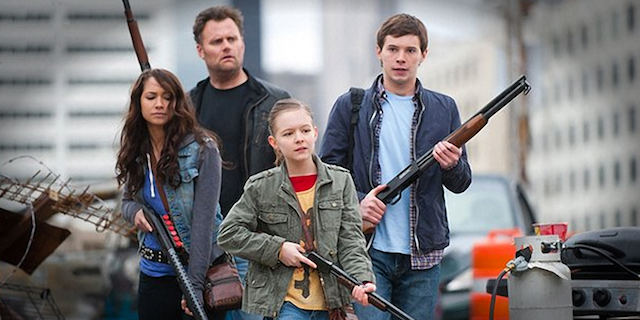 "Our 'Zombieland' series will not be moving forward on Amazon. Sad for everyone involved," Reese tweeted. "I'll never understand the vehement hate the pilot received from die-hard 'Zombieland' fans. You guys successfully hated it out of existence."

The pilot, created by both "Zombieland" movie writers Reese and Paul Wernick, debuted on Amazon Instant Video with 13 other pilots on April 19. In a less traditional strategy for determining what shows would be ordered to series, Amazon encouraged viewers to rate the pilots and leave comments, which would help the company make its decision.

Although the 5,495 user reviews were mixed, many were not kind. Comments made on Friday alone ranged from "Overall, a good show" to "I don't want to watch a poorly made copy of the original."

The small-screen version of "Zombieland" followed the same characters from the movie — Tallahassee (Woody Harrelson), Columbus (Jesse Eisenberg), Wichita (Emma Stone) and Little Rock (Abigail Breslin) — but were played by a new batch of actors. Apparently, that approach did not fly with the movie's die-hard fans.

"Anyway, we did our best, and we're very proud of our team," Reese concluded.