Based on the popular toy line created by Danish fisherman Thomas Dam, “Trolls” follows hardcore survivalist Branch (Timberlake) and Princess Poppy (Kendrick) as they embark on an epic adventure.

Deschanel, Mintz-Plasse, Baranski and Cleese will play the four villains of the film.

Timberlake will also serve as the executive music producer for “Trolls,” so he’ll write and perform original music for the animated film and oversee the creative direction of the music for the movie.

Directed by Mike Mitchell and co-directed by Walt Dohrn, “Trolls” will be produced by Gina Shay. 20th Century Fox will release the film on Nov. 4, 2016, though the global rollout will begin in select European territories beginning Oct. 13.

“Our cast is quite literally bursting with talent. This mix of comedic and musical star-power is every filmmaker’s dream,” said Mitchell.

“We’re fortunate to work with such an incredible group of artists. We can’t wait to share the colorful, magical Trolls universe with fans around the world,” added Dohrn.

“New Girl” star Deschanel is represented by UTA and Hansen, Jacobson. Golden Globe-winning “Transparent” star Tambor just announced plans to write a memoir about his experiences in show business. He’s repped by the Gersh Agency and the Burstein Company.

Wallis, the Oscar-nominated young star of “Beasts of the Southern Wild,” previously lent her voice to Salma Hayek‘s animated movie “The Prophet.” She’ll soon be seen in the Russell Crowe-Amanda Seyfried drama “Fathers and Daughters.” She’s repped by ICM Partners and Lichter, Grossman.

Mintz-Plasse, who broke out in “Superbad,” can currently be seen in Will Arnett‘s Netflix series “Flaked.” He recently wrapped James Franco‘s “The Disaster Artist” and has previously worked with DreamWorks Animation on the “How to Train Your Dragon” series. He’s repped by CAA and Principato-Young Entertainment.

“The Good Wife” star Baranski recently appeared in Disney’s musical “Into the Woods.” She’s represented by UTA and Viking Entertainment. 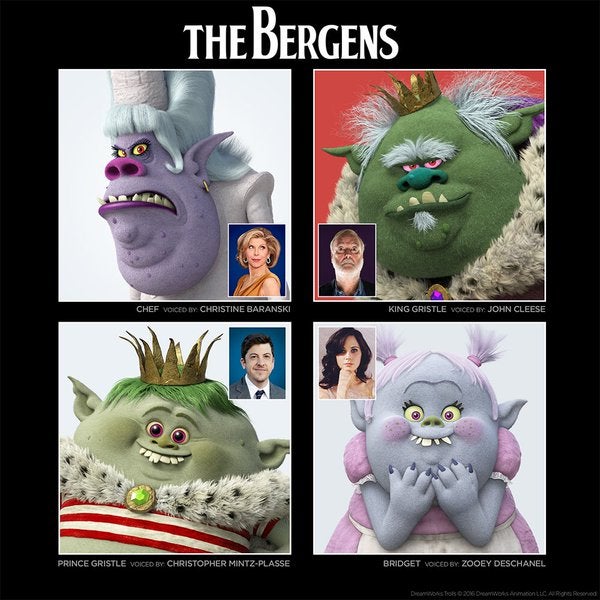