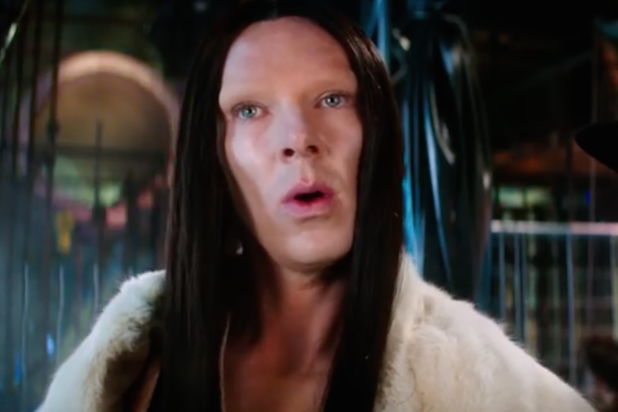 Zoolander 2 won’t be hitting theaters until next year, but its newly released trailer already has LGBT activists up in arms, calling the film “harmful and dangerous.”

An online petition created by Sarah Rose calls for an all out boycott of the Ben Stiller movie, arguing that a new character played by Benedict Cumberbatch – a supermodel named “All” — is offensive for its “representation of non-binary individuals.”

“In the “Zoolander 2” trailer,” the petition reads, “an androgynous character played by Benedict Cumberbatch is asked by Zoolander and Hansel if he is a ‘male or female model,’ and if they ‘have a hot dog or a bun.'”

“Additionally, Cumberbatch’s character is clearly portrayed as an over-the-top, cartoonish mockery of androgyne/trans/non-binary individuals. This is the modern equivalent of using blackface to represent a minority,” the petition continues, adding that the “film endorses harmful and dangerous perceptions of the queer community at large.”

Rose’s petition has already reached its target of 6,000 signatures.

Paramount Pictures did not respond to TheWrap’s request for comment.

“Zoolander 2” hits theaters on Feb. 12. Watch the trailer below.