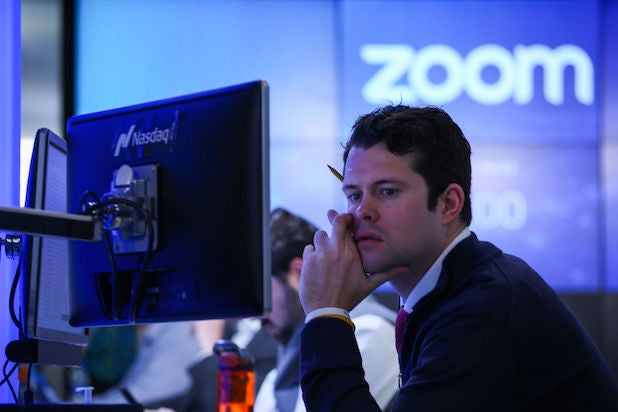 Zoom CEO Eric Yuan apologized on Thursday for a number of recent security lapses, saying the popular video chat company has been grappling with a major spike in users due to the COVID-19 outbreak. Yuan said the company will be pausing its work on all new features for the next three months to shift its focus to beefing up its security.

“We recognize that we have fallen short of the community’s – and our own – privacy and security expectations,” Yuan said in a blog post. “For that, I am deeply sorry, and I want to share what we are doing about it.”

Zoom’s stock is down about 5% in early-morning trading to $132 per share, following Yuan’s post; it was down as much as 16% at one point, but rebounded after hitting $115.30 per share soon after markets opened.

The San Jose-based company was sued earlier this week, with the lawsuit claiming Zoom has failed to sufficiently warn its users about the data it shares with Facebook and other third-party apps. There have been other issues, too. Trolls have taken delight in recent weeks in “Zoom bombing,” or crashing random Zoom conference calls; some Zoom calls have been marred by racist outbursts from crashers, while one school in Norway had to drop its call with students after a naked man “guessed” his way into their meeting, among other examples. Zoom has also been vulnerable to having hackers take the Windows credentials of its users, reports indicate.

Yuan said the company would be “enhancing” its bug bounty program, which compensates users for finding flaws in its system, and “conducting a comprehensive review with third-party experts” over its security. As millions of people have started working from home, Yuan said Zoom has been flooded with new users, jumping from 10 million daily users in December to 200 million daily users in March.

“We did not design the product with the foresight that, in a matter of weeks, every person in the world would suddenly be working, studying, and socializing from home,” Yuan said. “We now have a much broader set of users who are utilizing our product in a myriad of unexpected ways, presenting us with challenges we did not anticipate when the platform was conceived.”