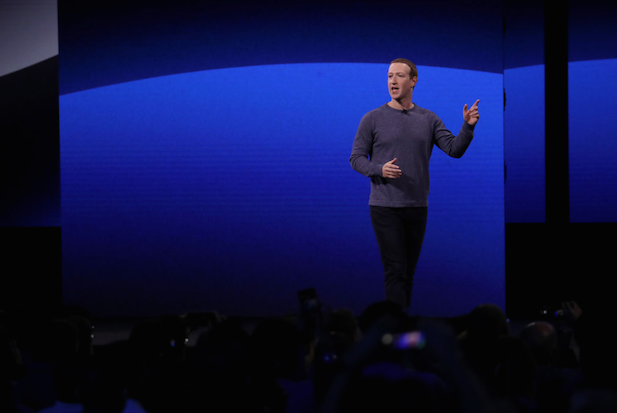 Facebook chief Mark Zuckerberg is pushing back against calls to breakup the social network, days after Chris Hughes, a Facebook co-founder who helped get the company off the ground in 2004, said regulators need to take action against it.

“My main reaction was that what he’s proposing that we do isn’t going to do anything to help solve those issues,” Zuckerberg told France 2 on Friday, regarding Hughes’ op-ed in the New York Times calling for Facebook’s breakup.

Hughes said he reached his stance that Facebook needs to be broken up after the company has been rocked by several issues in recent years, including Russian trolls using the platform to try and manipulate users during the 2016 U.S. election. After Zuckerberg initially shrugged off the notion Facebook was used to target voters, the company has since invested in stopping “coordinated inauthentic behavior,” as the company calls it.

“I think that if what you care about is democracy and elections, then you want a company like us to be able to invest billions of dollars per year like we are in building up really advanced tools to fight election interference,” Zuckerberg said.

He added: “Our budget for safety this year is bigger than the whole revenue of our company was when we went public earlier this decade. A lot of that is because we’ve been able to build a successful business that can now support that.”

Zuckerberg’s interview came during a trip to Paris to meet with President Emmanuel Macron. In the  interview, Zuckerberg said there are “real issues” facing the company, including “harmful content,” “privacy” and “finding the right balance between expression and safety.”

Despite Hughes calling Facebook a “powerful monopoly” last week, antitrust experts told TheWrap the likelihood regulators breakup Facebook is a long shot, based on current laws. The company is still feeling the heat, though, with Sen. Elizabeth Warren proposing to breakup tech giants like Amazon and Facebook, and the Federal Trade Commission weighing a multi-billion dollar fine against it.