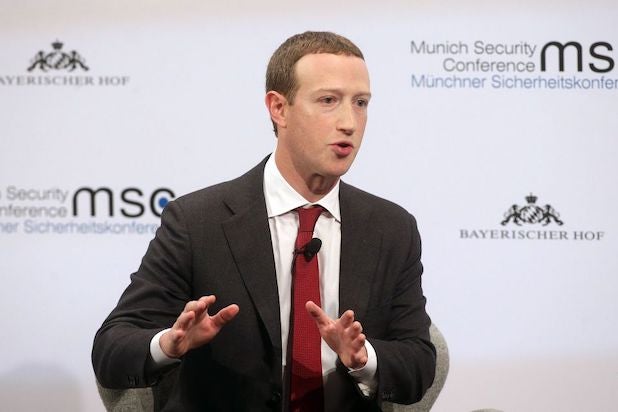 Facebook chief Mark Zuckerberg, during a virtual questions-and-answers meeting with employees, explained why the company didn’t take action against President Donald Trump’s recent comments on protestors and rioters in the same way other tech giants have. The decision split Facebook’s workforce, with many staging a virtual walkout earlier this week.

The meeting, which was held on Tuesday, was transcribed in a 10,000-word story by  Vox on Wednesday. Zuckerberg weighed in on the company’s decision to not restrict the president’s post from last Friday, in which, commenting on rioters and looters, Trump said that “any difficulty and we will assume control but, when the looting starts, the shooting starts.”

He was later criticized for using the phrase because it had been used by Miami’s police chief to scare protestors during the civil rights era. Miami Police Chief Walter Headley said it in a 1967 speech, in which he claimed his officers “don’t mind being accused of police brutality” against teens and young adults he called “young hoodlums.”

Zuckerberg said it was clearly a “troubling historical statement and reference, whether or not it’s inciting supporters to go to violence.” But Facebook decided against moderating the post, because “we basically concluded after the research and after everything I’ve read and all the different folks that I’ve talked to, that the reference is clearly aggressive policing — maybe excessive policing — but has no history of being read as a dog whistle for vigilante supporters to take justice into their own hands.”

“I just believe strongly that Facebook shouldn’t be the arbiter of truth of everything that people say online,” Zuckerberg told Fox News last week. “Private companies probably shouldn’t be, especially these platform companies, shouldn’t be in the position of doing that.”

Later, during the same Tuesday meeting, Zuckerberg was pressed by one employee who questioned who had made the call to leave Trump’s post alone. Zuckerberg listed a handful of people, including COO Sheryl Sandberg, VP Nick Clegg, and Chief Diversity Officer Maxine Williams.

That led to an awkward followup from the same employee, asking, “Correct me if I’m wrong. Besides Maxine, everyone you’ve listed is white, correct?”