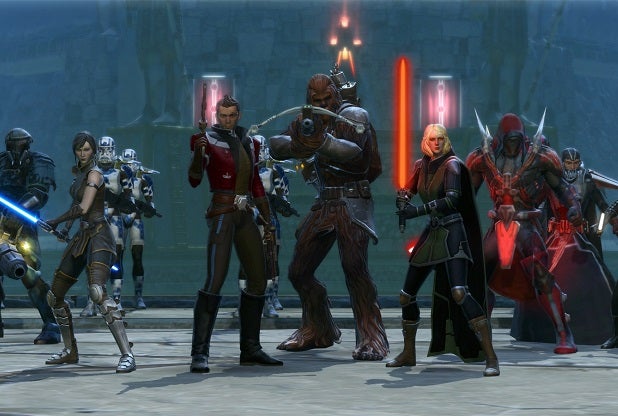 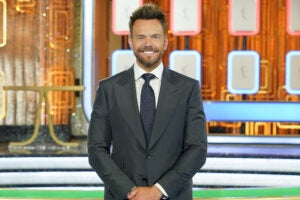 ”We have a beloved property that literally spans generations and each generation has their own take on the brand,“ studio head Jeff Hickman tells TheWrap

Game developer Zynga only invests in new games it’s sure will make at least $100 million in revenue each year, and the company’s latest bet is a “Star Wars”-themed mobile game that will be developed at the company’s brand new studio in Austin, Texas.

Zynga is keeping details of the new game, currently untitled, under wraps but said it could be released as early as next year. The game is the brainchild of Jeff Hickman, a veteran game developer with several big “Star Wars” titles under his belt. Younger players are more likely to engage with role-playing action games on mobile devices, so that’s the niche Zynga is targeting for its new title.

Hickman said that his past work at game developers BioWare and Electronic Arts developing other “Star Wars” games — like the popular PC title “The Old Republic” or Electronic Arts’ “Star Wars Battlefront” — and a close relationship with Lucasfilm gives Zynga an opportunity to work directly with them to make a new installment in its ever-expanding universe.

And Lucasfilm has taken a keen interest in the game’s development — down to the smallest detail. “We showed them a model of a character we want to put in the game, and they said, ‘That shade of that color isn’t right. The hair is not quite right,'” Hickman told TheWrap. “They’re so particular because they know the market and what the players want to see.”

There have been 10 “Star Wars” mobile games since the first came out in 2014, but this is Zynga’s first time adapting the legendary franchise to mobile devices (using the Unity engine). Hickman is the head of U.K.-based mobile strategy game studio NaturalMotion, which Zynga acquired in 2014 for $522 million and is partnering with to make the new game.

Hickman relocated to the U.S. to lead the Zynga’s new Texas outpost, which operates virtually for now and is looking to hire around 25 new staffers to ship its first title. New job postings for the game design team say the “premiere mobile title” will replicate a “console-quality action experience” and feature several characters and worlds from the “Star Wars” universe.

While Electronic Arts owns the exclusive licensing rights to develop and publish “Star Wars” video games for the “core gaming audience” on PC and console, Disney has farmed the franchise out to other developers in smaller (but steadily growing) gaming categories, such as social, mobile and online games. Mobile gaming is one of the fastest-growing gaming verticals now, and has generated over $86 billion in revenue so far this year.

“It’s a true honor to be able to work with such an iconic and timeless franchise as ‘Star Wars,'” Zynga’s Head of Publishing Bernard Kim said. “This is Zynga’s first time creating a game in the ‘Star Wars’ universe and the significance of that is not lost on anyone in this company.”

Also Read: How 'Pick Up and Play' Games Pay Off for Game Developer Zynga

Hickman spoke to TheWrap about his plans for Zynga’s newest location and how the company plans to turn this new game prototype into a multimillion-dollar revenue stream. This interview has been edited for length and clarity.

What can you tell us about this upcoming title?
We’re going to have a big announcement at some point where we’re gonna reveal this game to our fans. The only thing I can probably say is it’s super fun to play, not to tease you too much. We play it every week together as a team. And then we bring in outside testers that play it also, and it’s scoring incredibly high (with them). I really do think we have an opportunity for a hit on our hands.

How does the ever-expanding Lucasfilm television and movie impact what type of “Star Wars” games are developed?
We have a beloved (property), that literally spans generations, and each generation kind of has their own take on the brand. If you look at my generation, I remember I was 7 years old standing in line to watch the original “A New Hope” back in the day, and it was amazing.
It is extraordinarily difficult, weaving your way, between the first trilogy, the second trilogy, the third trilogy, all of the games that have happened since, all of the other series that we’ve seen with “Rebels” and “Clone Wars” … and now we’ve got “The Mandalorian,” which is taking the world by storm. Figuring out a way to sit within such a beloved brand is extraordinarily challenging. One of the ways we take that on is we always make sure to have as diverse a team as we possibly can because the more diverse your team is the more different points of view you will have, and a more clear understanding of how you can weave between all the different desires everybody in the market has about the brand.

Also Read: Zynga to Shut Down Original 'Farmville,' Once Facebook's Most Popular Game, At End of 2020

How important is the relationship between the Zynga development team and Lucasfilm?
It’s critically important. Lucasfilm are caretakers of something that is so important to so many of us, and I have been working with them directly for years understanding what’s important to them. We may be building the game but it’s their product. And they know everything — we showed them a model of a character we want to put in the game, and they said, ‘That shade of that color isn’t right. The hair is not quite right.’ They’re so particular because they know the market and what the players want to see. Putting aside any ego or hubris as a game developer is super important because you need to listen… and it helps us to make a better game.

And then to add on to that, we have to make it feel right for “Star Wars.” You don’t want it to feel like a weird game that you’ve kind of tacked “Star Wars” onto. It must feel right; it should belong in the “Star Wars” universe. That’s how you get your fans to love it, because hardcore fans will know if it’s not right.

Making that feel like it fits and pacing pays homage to “Star Wars,” as well as being a great game, I think that’s the critical piece — and I think it’s where some games miss with whatever brand is on their game. They don’t make a great game and hope that the brand will carry it, which it doesn’t.