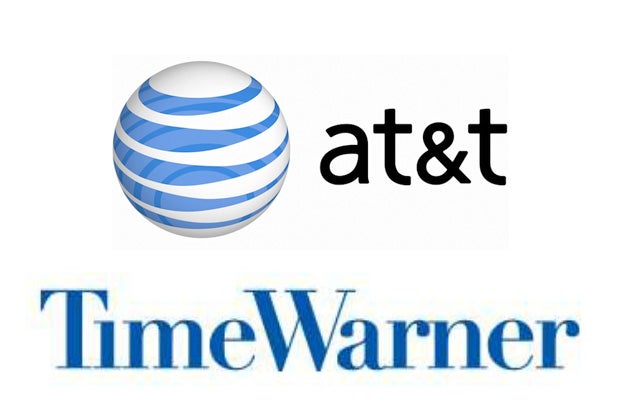 About 36 hours after the two companies inked the biggest media deal in 16 years, the CEOs of AT&T and Time Warner explained during a special call with analysts on Monday more about what drove that union — and who’s going to steer the ship.

Saturday night, AT&T agreed to buy Time Warner, owner of brands including Warner Bros., HBO, CNN, TNT and Cartoon Network, for $85.4 billion in a half-cash, half-stock deal. On the Monday call, Time Warner CEO Jeff Bewkes and AT&T CEO Randall Stephenson — the latter of whom will helm the combined company — told analysts that the combination was all about delivering Time Warner’s premier content to viewers who increasingly want to watch when they’re not in front of the living room TV.

“Joining forces will accelerate the evolution of both our companies, going to where the consumers are in the converging world of media and communication,” Bewkes said.

“When you combine Time Warner’s content with our sales and distribution [and] put that with our customer insights and the addressable advertising opportunity, we think we’ve created something really special,” Stephenson added.

“[There’s a] huge opportunity to use customer insights for content creation,” he said, as well as targeted advertising.

Stephenson said the combined company would produce programming explicitly designed for mobile consumption and social sharing, as AT&T’s “customers are really demanding that.” And getting Time Warner under the same roof makes that easier.

“Trying to create those capabilities with the current content providers is proving difficult,” he said. “Now in this over-the-top [streaming] environment, we can begin to innovate our content much faster.”

“If you’re doing a tight integration, ownership is always best,” he added later in the call.

In a Saturday call with a handful of reporters after the deal was announced, Bewkes said that Stephenson had agreed that Bewkes would stay on for a transition period of indeterminate length that would be a “reasonable period of time.”

“I’ll be staying after we close the deal,” he confirmed. “And we do have a pretty deep bench of management at the Time Warner company, and everyone is going to be staying. I too, will be staying.”

Stephenson added: “Time Warner will be a wholly owned subsidiary of AT&T. It will operate independently.

“As in every normal evolution, years after that — years — the next generation will be ready,” he continued. “When it’s ready, we’ll hand over to them.”

The companies also filed an 8-K early Monday that provided more details on the proposed transaction. If Time Warner abandons the deal because of a board decision or because it pursues another partner, it will have to pay AT&T a breakup fee of $1.725 billion. If regulatory issues halt the transaction, AT&T will pay Time Warner $500 million.

Stephenson does not think this is the last time a major telecom and content creator will get together in the near future.

“The next wave of integration in this business takes vertical integration of premium content and distribution,” Stephenson said. “And I expect the rest of the industry is going to innovate along with us.”

The deal is expected to take up to a year to clear regulatory hurdles, but Stephenson doesn’t foresee a major obstacle with that.

“We don’t know of a situation where vertical integration has been blocked in our sector,” he said.