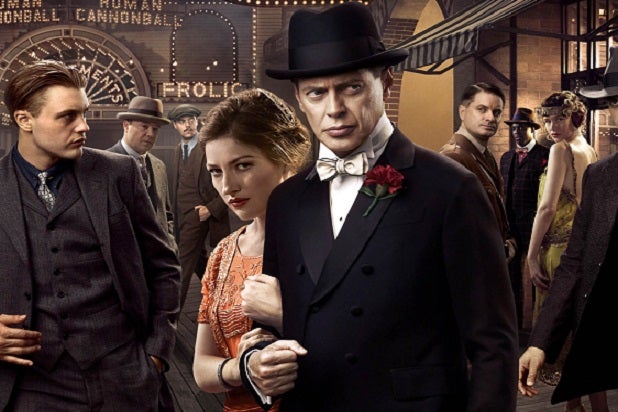 The fifth season of “Boardwalk Empire” will be the last for the HBO drama, it was announced at the Television Critics Association press tour on Thursday.

“It has been an incredible honor to bring this powerful and groundbreaking series to our subscribers,” said HBO programming president Michael Lombardo. “[Series creator] Terry Winter has created one for the ages.”

Winter vowed to bring the series to an “exciting and powerful conclusion.”

“We’re thrilled to get the go-ahead for a fifth season of ‘Boardwalk Empire,'” Winter said. “After much discussion with my creative team and HBO, we’ve decided to wrap up the series after such a great run and look forward to bringing it to a powerful and exciting conclusion.”

The series, which stars Steve Buscemi as Atlantic City crime kingpin Enoch “Nucky” Thompson, has won numerous Emmy awards, including five awards last September, the most of any series that year.