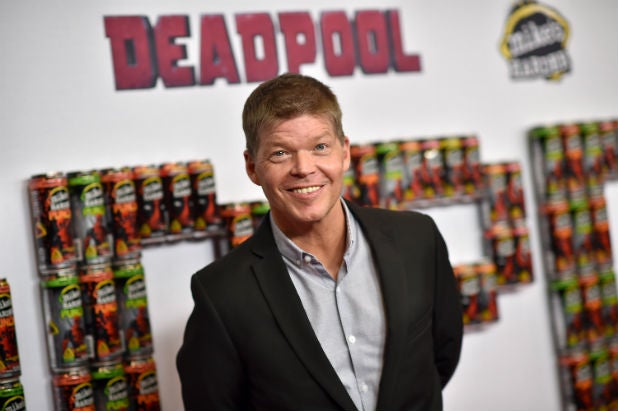 Goldsman will oversee a writers’ room for the project with an eye to developing a multi-film franchise.

Best known for creating the “Deadpool,” “X-Force” and “Cable” comic series in the early 1990s, Liefeld has extended his influence to popular characters and storylines featuring Spider-Man, X-Men, Captain America and the Avengers during his time at Marvel Comics.

“Over the past nearly 25 years, since launching Image Comics, I’ve been lucky enough to see the power of these stories and characters as they’ve resonated with several generations of comic book fans,” Liefeld said in a statement. “To now be able to work with Akiva Goldsman and Graham King, who are powerhouses in their own right, to bring these compelling characters and conflicts to life on the big screen is nothing short of a dream come true!”

King added his own praise. “Rob has an uncanny ability to create unique stories with unforgettable characters and ‘Extreme Universe’ is no exception,” he said. “These stories are fantastic and I couldn’t imagine better partners on this project than Mark and his team at Fundamental Films.”

Also Read: All 6 of 2016's Superhero Movies Ranked From Worst to Best (Photos)

Fundamental Films chairman Mark Gao added, “Rob Liefeld’s unique characters are in great hands with Graham and Akiva. We could not be more excited to see them bring the entire Extreme Universe to theaters and fans around the globe.”

In just eight years, Shanghai-based Fundamental Films has grown to become one of China’s leading film companies in a time where they are on their way to becoming the world’s leading film market. Fundamental recently announced its acquisition of a nearly 28 percent stake in EuropaCorp, making it the company’s second-largest shareholder.

Among the projects the company is  currently in production on is the Luc Besson sci-fi giant “Valerian.” Fundamental will also distribute the film with STX in summer 2017. The company also partnered with Besson on the Scarlett Johansson-starrer “Lucy,” which has grossed over $463 million worldwide.

Liefeld is repped by WME. Legal reps are Gregg Gellman at Morris Yorn for Liefeld, Ken Ziffren at Ziffren Brittenham for King/GK Films, Barry Littman at Hansen Jacobsen for Goldsman, and Scott Whitehead at McKuin Frankel for Weaver.