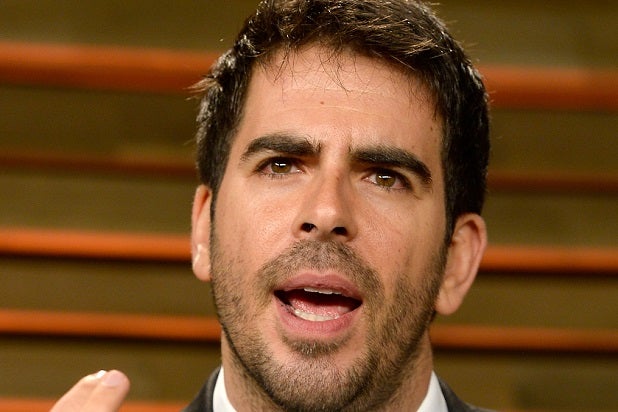 Eli Roth is returning to executive produce a reboot of “Cabin Fever” that is being produced by Armory Films and Contend.

Travis Zariwny is directing the film, which Armory and Pelican Point Media are financing.

“Cabin Fever” will be reshot from the original 2002 version by Roth and Randy Pearlstein.

The film started principal photography this week in Portland, Oregon. Voltage Pictures is handling international sales on the film at the upcoming American Film Market. Elwes and CAA are representing the domestic rights.

“Cabin Fever” follows a group of college students who rent a cabin in the woods to do some partying and begin to fall victim to a flesh-eating virus as all hell breaks loose.

The original premiered at the 2002 Toronto International Film Festival with Elwes involved in a massive bidding war for the film. This version will be shot from the exact same script that Roth directed 13 years ago, as opposed to going through a long, delayed studio development process.

“Travis had an amazing vision for my original script, and as a scary movie fan I really wanted to see it. I almost see this like re-staging a play, and I’m excited to see what ideas Travis and the cast bring to it. They’re all fans of the original and want to make a film that’s a new classic and I believe they will,” said Roth

Roth is best known for his work directing the original “Cabin Fever” as well as genre hits “Hostel” and “Hostel II.” His latest effort, “The Green Inferno,” premiered at the 2013 Toronto International Film Festival.

Additionally, the filmmakers plan to give the recently deceased Susan Jackson, who executive produced the original, a “dedicated to” title at the end of the film.