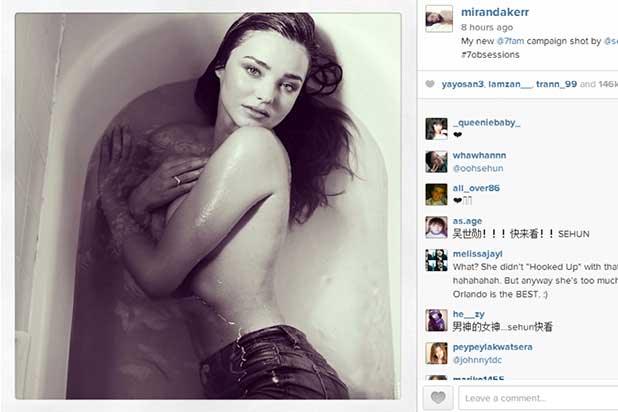 Instagram outlined its rules for the depiction of breasts by its users in an update to its guidelines section this week.

“We know that there are times when people might want to share nude images that are artistic or creative in nature, but for a variety of reasons, we don’t allow nudity on Instagram,” the photo-sharing site’s community guidelines read.

“This includes photos, videos and some digitally-created content that show sexual intercourse, genitals and close-ups of fully-nude buttocks. It also includes some photos of female nipples, but photos of post-mastectomy scarring and women actively breastfeeding are allowed. Nudity in photos of paintings and sculptures is OK, too.”

Citing “safety reasons,” the app also cautioned against users posting photos of their kids in tubs. “Even when this content is shared with good intentions, it could be used by others in unanticipated ways,” the company said in its guidelines.

Rihanna was one of the highest-profile offenders, having her account suspended after she posted topless photos from her Lui magazine cover in 2014, spurring a #FreeTheNipple movement campaign.