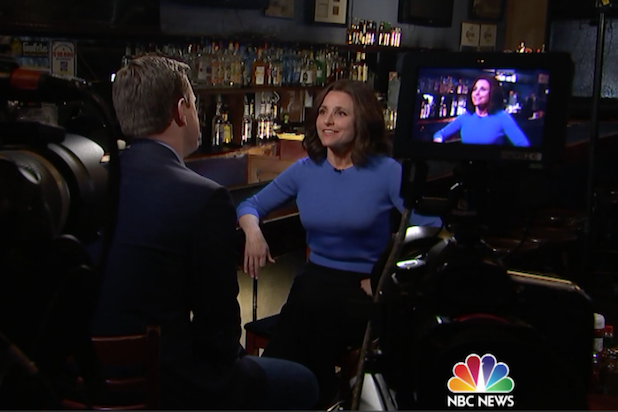 HBO’s Julia Louis-Dreyfus admitted the cast of “Veep” was shocked when Hillary Clinton lost to Donald Trump on Election Day.

“For a minute it sort of rocked our world,” Louis-Dreyfus told NBC’s “Sunday Today” host Willie Geist during an interview that will air this weekend during the show’s one-year anniversary episode.

Louis-Dreyfus continued: “We all did think it was going to go a certain way.”

Louis-Dreyfus also explained that both Democrats and Republicans “dig” the show because her character Selina Meyer never identified parties so “they all think we’re making fun of the other guy.”

Trump famously surprised the world when he defeated Clinton last November to become the 45th President of the United States.

“Veep” is a fictional look inside the White House. Last year, MSNBC’s Lawrence O’Donnell, who was a writer for NBC’s critically acclaimed series “The West Wing” before he landed a primetime cable news gig, told TheWrap that a Trump presidency would be terrible for the genre going forward.

Luckily for Louis-Dreyfus, “Veep” is a comedy.