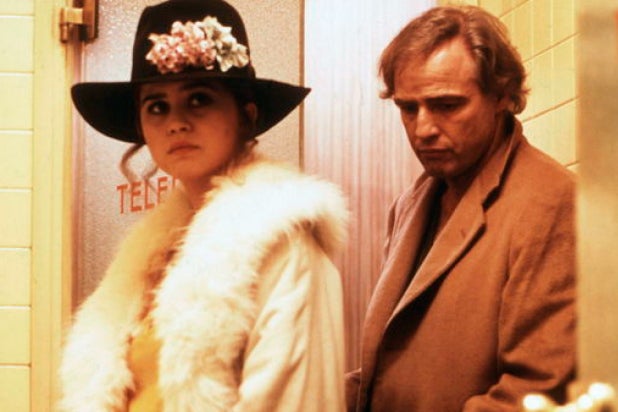 The 1972 film “Last Tango in Paris” was pilloried across the internet this weekend over the belief that director Bernardo Bertolucci had admitted that a rape scene between stars Marlon Brando and Maria Schneider was an actual rape.

“To all the people that love this film- you’re watching a 19yr old get raped by a 48yr old man. The director planned her attack. I feel sick,” the actress tweeted.

The stories originated with a YouTube user posting a 2013 interview on Nov. 23 in which Bertolucci admitted Schneider hated him because of the butter scene. But he did not say she was raped.

“I’d been in a way horrible to Maria because I didn’t tell her what was going on,” he said. “Because I wanted her reaction as a girl, not as an actress. I wanted her to react and she felt humiliated… and I think that she hated me and also Marlon because we didn’t tell her that there was that detail of the butter used as a lubricant.”

The interview was not new — the “You Must Remember This” podcast, for one, cited it in 2014. But many who read reports or saw tweets about it came to understand that Schneider was raped.

Schneider herself told the Daily Mail in 2007 that no intercourse occurred on the set of the film — but was clear about her objections to the scene.

“That scene wasn’t in the original script. The truth is it was Marlon who came up with the idea. They only told me about it before we had to film the scene and I was so angry. I should have called my agent or had my lawyer come to the set because you can’t force someone to do something that isn’t in the script, but at the time, I didn’t know that. Marlon said to me, ‘Maria, don’t worry, it’s just a movie.’ But during the scene, even though what Marlon was doing wasn’t real, I was crying real tears. I felt humiliated and, to be honest, I felt a little raped, both by Marlon and Bertolucci. After the scene, Marlon didn’t console me or apologize. Thankfully, there was just one take.”

Long after the film was released, many speculated that its sex scenes were real. The stories this week added to that misconception — and suggested that the sex in the rape scene was not only real, but forced. Schneider, however, told the Daily Mail that there was no sex at all.

“Not at all,” she said. “There was no attraction between us. For me, he was more like a father figure and I a daughter.”

And, as she said in the quote above (italics added): “Even though what Marlon was doing wasn’t real, I was crying real tears.”

For years after the film, in part because of the scandal surrounding it, she lapsed into drugs and attempted suicide. She had such negative associations with butter that she only used olive oil to cook.

(Update: Since the publication of this article, some on Twitter have accurately noted that if Brando penetrated Schneider with butter without her consent, that would also be sexual assault. However, neither Schneider nor Bertolucci have said that occurred.)

Schneider died of cancer in 2011. Brando died of respiratory problems in 2004. Attempts to reach the 76-year-old Bertoucci for comment Saturday were not immediately successful.

Here are some of the tweets in response to the rape story:

I second that. This is heartbreaking and outrageous. The 2 of them are very sick individuals to think that was ok. https://t.co/Ft4SArjcgd

Inexcusable. As a director, I can barely fathom this. As a woman, I am horrified, disgusted and enraged by it. https://t.co/voGRhafy9K

All copies of this film should be destroyed immediately. It contains an actual rape and sexual assault. #disgusting #disgrace https://t.co/pKKdSlBDbU

@TIME @motto I'm horrified. Brando and Bertalucci were/are criminals. The movie should be re-rated NC 17 with a disclaimer displayed.

@jennafischer @jes_chastain Violent crime on video is NOT A MOVIE. It should devastate anyone who sees it, not entertain. So revolting!

@MaddynOwensMom My God, so Brando knew? I can't imagine being in that business, seems cruel, shallow, filled with lies and deceit & now rape

@Complex what?! Are you telling me Brando raped her?!