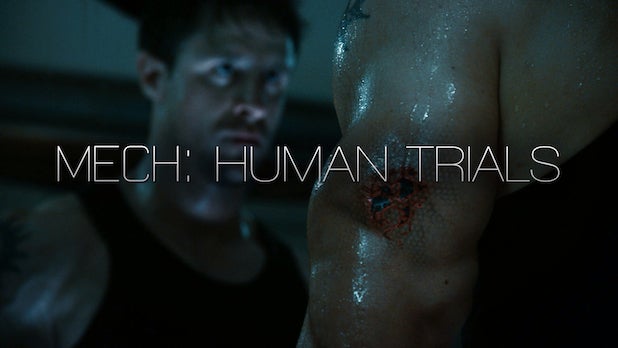 Over the past week, the blogosphere has helped a mysterious PSA teaser for “Mech” go viral, and with Wednesday’s release of Patrick Kalyn’s hot new short film, TheWrap has learned that a feature adaptation is in the works courtesy of Black List writer Mike Le and IAM Entertainment, which is currently shopping the project to buyers.

Kalyn is an accomplished VFX artist whose credits include “Avatar” and “District 9.” He wrote, directed and produced the short film “Mech” and handled all of the visual effects for the project.

Kalyn is attached to direct the feature adaptation of “Mech,” which will be written by Le, whose genre script “Patient Zero” was voted to the 2013 Black List after selling to Screen Gems in a bidding war last October.

IAM Entertainment’s Scott Glassgold and Raymond Brothers will produce the feature. Their projects in development include “True Skin” at Warner Bros. and “Spy’s Kid” at Paramount. Their latest film, Clark Gregg‘s “Trust Me,” opens in theaters on Friday.

“Mech” recently garnered widespread coverage from film and horror blogs, earning the attention of the industry and drawing more than 1500 curious Twitter followers to @DontDoMech in less than one week. Now that the mystery of the “Mech” PSA has been solved, producers will begin pitching the feature to studios and other film financiers.