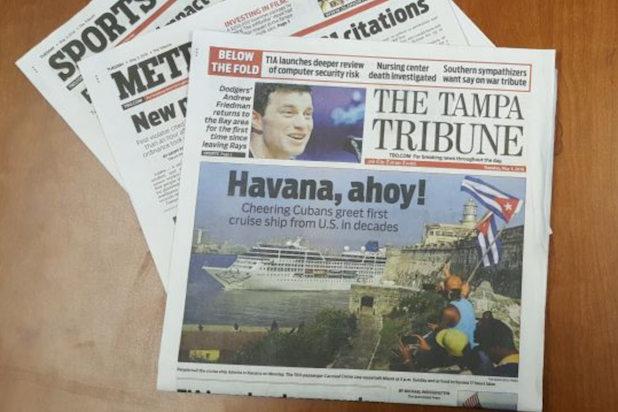 The Tampa Bay Times has acquired The Tampa Tribune with plans to absorb the paper, creating the fifth-largest Sunday circulation newspaper in the nation.

Tribune subscribers will begin receiving the Times on Wednesday and at least 100 layoffs are expected.

“The continued competition between the two newspapers was threatening to both,” Times chairman and CEO Paul Tash told Poynter. “There are very few cities that are able to sustain more than one daily newspaper, and the Tampa Bay region is not among them.”

The Times sold its headquarters building in downtown St. Petersburg on April 22 for $19 million, according to Poynter. Proceeds from that sale reportedly helped to finance the purchase of the Tribune. The Times recently signed a 15-year lease to remain in that building as a major tenant.

The sales price was not revealed.