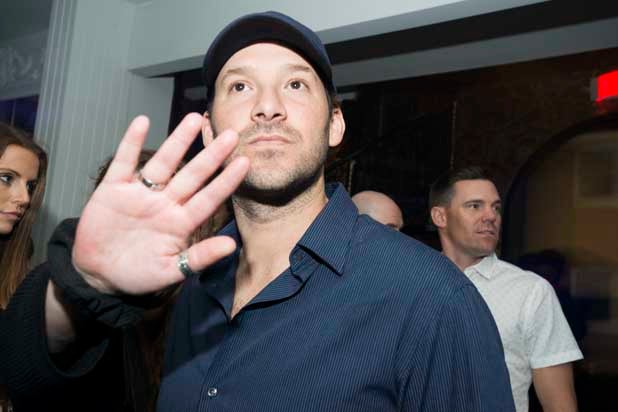 Dallas Cowboys quarterback Tony Romo will retire from the NFL to pursue a career in broadcasting at CBS Sports, it was announced on Tuesday.

The often-injured Romo has long been considered a future broadcaster because he is well-spoken and extremely popular.

“The decision to leave football already has been made,” ESPN reported, noting that his tenure as an NFL player will officially end on Tuesday. Later in the day, Romo essentially confirmed the report on Twitter.

I guess it's time to start dressing up. #CBS pic.twitter.com/GseSRiyNOo

Romo’s decision to leave the field for the broadcasting booth came down to his health. The QB has played in only five games over the last two seasons because of collarbone and back injuries. In Romo’s absence, rookie quarterback Dak Prescott emerged as a star in Dallas.

According to NFL.com, he was expected to be released from the Cowboys on Tuesday — making him a free agent free to pursue offers from other teams.

Romo has been with the Cowboys since 2003, taking over as starting quarterback midway through the 2006 season. He has thrown for 34,183 passing yards and 248 touchdown, which are both franchise records.

Despite all the individual success, Romo never was able to advance past the divisional round of the playoffs.