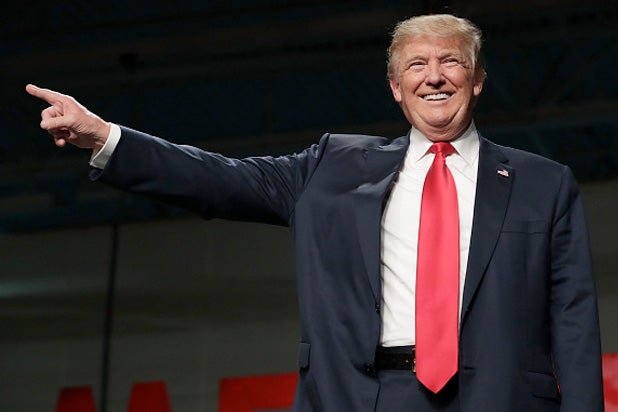 While attending the American Film Market at the Loews Hotel in Santa Monica this week, I overheard a grizzled foreign money guy complain, “I’m not sure vat vill happen if Trump is elected. Maybe ve shoot in Canada.”

Within the buzz of deal-making and project pickups at AFM was a dark foreboding on what may happen to the American film industry if the nightmare of a Donald Trump presidency becomes reality.

So I started asking around the halls of AFM: “How would a Trump administration impact the film industry in America?”

I collared three Filipino distributors in an elevator with my question. One gentleman was quite outspoken: “With the problems we have with our own president, we do not look forward to doing business in a country that is ruled by a maniac. We know exactly what can happen.” (Rodrigo Duterte, the Philippines’ president, has recently made provocative statements threatening to sever his country’s historic ties to the U.S.)

I sat down with the head of development of a well-known studio. She laughed and shook her head as if to ward off even the thought of a Trump-led America. “A Trump presidency would confirm other countries’ long-held suspicions that Americans are easily duped,” she said.

A filmmaker with a clipped British accent told me, “Hillary was guilty of bad judgment, but Trump reminds me of something dark and there is this unknown quality that makes me very uncomfortable.”

“What we know is that he’s not a friend of the unions. We also know what he thinks of women,” he added. “We have buyer’s remorse with Brexit, I fear that if Trump ascends to the throne, there will be a massive wave of regret from those who actually support him. I think it would change the nature of this country and make it a bit more hostile to artists.”

Also Read: Why the Presidential Election Has Sucked the Air Out of the Box Office This Fall

With the estimated $1 billion dollars that trades hands during the seven days of the American Film Market, there seems to be a heightened awareness among filmmakers, distributors and financiers that the environment might become more hostile to artists.

How can it not? A political platform based on religious intolerance is being embraced by millions who give a pass to a bloated misogynist who may have used his celebrity to enable sexual assault. Mocking the movements and halting voice of a disabled journalist is disregarded as “not in context” while a history of denying housing to African Americans is overlooked.

With the way that the world is viewing our election, maybe America will be the perfect place to film comedy, or tragedy — both genres seem intertwined with the final act spelling doom for the liberties that we have grown accustomed to.