If you’re not fighting the good fight on the front lines at hospitals, grocery stores or other essential public services as the coronavirus pandemic makes its way across the world, chances are you’re going to be home for a while. And whether you’re self-quaranting, social distancing or otherwise becoming one with your couch, you might look at this as an opportunity to tackle some epic-length movies that might otherwise have seemed daunting. Let us recommend some great ones.

(Note: With works this long, the concepts of “movie” and “miniseries” get rather muddled: “Berlin Alexanderplatz” was originally a miniseries on German TV but was released to theaters as a marathon viewing experience in the United States. Conversely, the Russian “War and Peace” was a mammoth movie — it won 1969’s Best Foreign Film Oscar — that the Criterion Channel now presents in more easily digestible chapter form. For our purposes, everything on this list is a movie, although you can certainly watch them all as miniseries of at least two parts.) 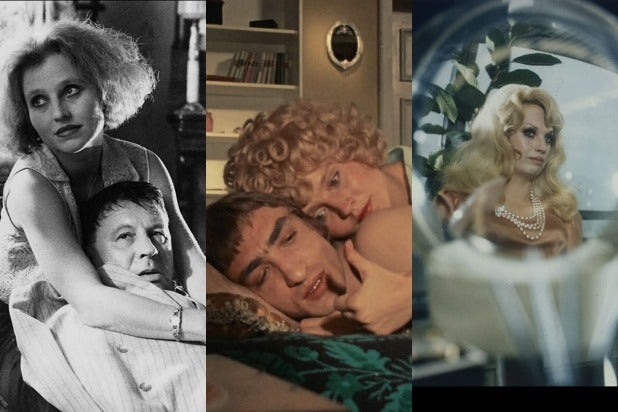 “Berlin Alexanderplatz” / “Eight Hours Don’t Make a Day” / “World on a Wire” (Criterion Channel): Legendary German filmmaker Rainer Werner Fassbinder’s 14-part miniseries adaptation of Alfred Döblin’s novel “Berlin Alexanderplatz” caused an arthouse sensation when it hit U.S. theaters in 1983, where hardy fans — who would have scoffed at discussions regarding the length of “The Irishman” — settled in for hours to watch this visionary portrait of the travails of everyman Franz Biberkopf (Günter Lamprecht, “Das Boot”) in 1920s Berlin. Criterion Channel carries several of Fassbinder’s made-for-TV epics, including the trippy sci-fi story “World on a Wire” as well as the controversial “Eight Hours Don’t Make a Day,” unseen in the United States until 2018. (Running times: “Alexanderplatz,” 15 hours and two minutes; “Eight Hours,” eight hours and 15 minutes; “World,” three hours and 32 minutes.)

Also Read: SXSW to Stream and Give Awards to Films From Canceled Festival 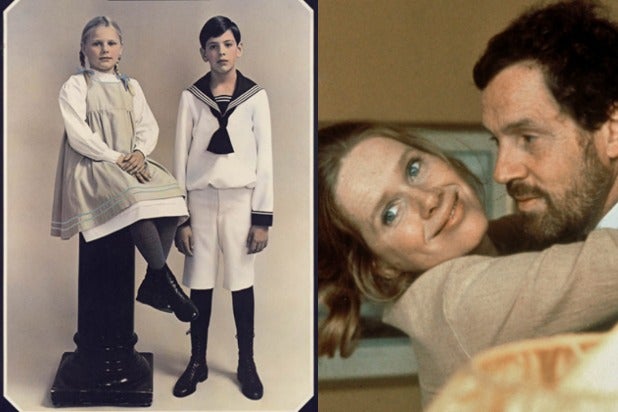 “Fanny and Alexander” / “Scenes From a Marriage” (photos: Criterion Channel)

“Fanny and Alexander” / “Scenes from a Marriage” (Criterion Channel): Fassbinder’s contemporary Ingmar Bergman also worked in television, but rather than bring his massive miniseries to the U.S. market, he created shorter edits that were more amenable to theatrical play. Thanks to the Criterion Collection, we now get to see two of his masterworks in both versions, and in both cases, the extra time is absolutely worthwhile, even if you already know and love the trimmer edition. “Fanny and Alexander” is perhaps Bergman’s most sumptuous work, a flashback to childhood that’s alternately sweeping and stark. With “Scenes from a Marriage,” his gifts as a psychologically astute writer and an empathetic director of actors comes into full play, and if you’re put off by the Swedish filmmaker’s more somber period pieces, this saga sees him implementing a lighter touch and working in a (then-)contemporary milieu. (Running times: “Fanny” miniseries, five hours and 12 minutes; “Fanny” theatrical, three hours and eight minutes; “Scenes” miniseries, four hours and 57 minutes; “Scenes” theatrical, two hours and 49 minutes) 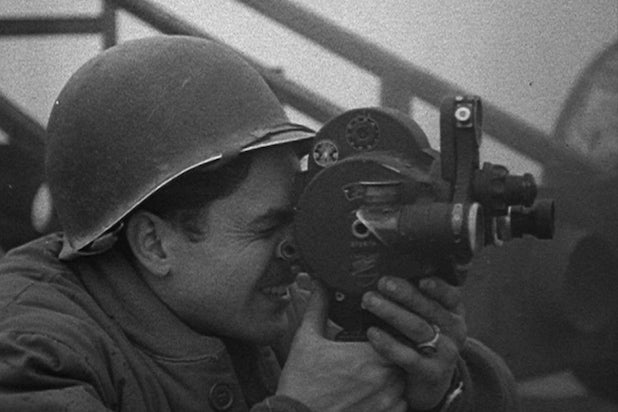 “Five Came Back” (Netflix): Based on the book by Mark Harris, Laurent Bouzerau’s examination of how World War II affected the careers of five leading Hollywood filmmakers (John Huston, John Ford, Frank Capra, George Stevens and William Wyler) mixes cinema history with history-history in a fascinating and provocative way. And to make the film feel more relevant to non-film-buffs, Bouzerau matches each of his subjects with a contemporary director (including Steven Spielberg and Guillermo del Toro) uniquely suited to walk us through each story. And as a bonus, Netflix is also streaming all of the “Why We Fight” films produced during the war — even the wildly problematic (but still historically significant) ones. (Running time: three hours and 15 minutes)

Also Read: 'Frozen 2' to Stream on Disney+ Beginning Today, 3 Months Ahead of Schedule 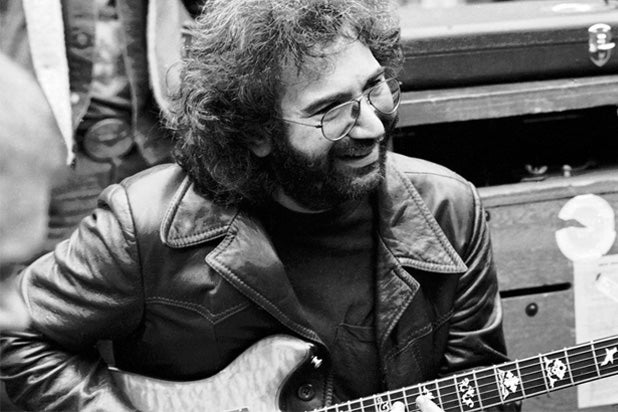 “Long Strange Trip: The Untold Story of the Grateful Dead” (Amazon Prime): A band known for its epic-length concerts gets an epic-length documentary. TheWrap’s Robert Abele called the documentary, executive-produced by Martin Scorsese, “as immersive a wade into the waters of the Bay Area-germinated psychedelic band’s history as 2D gets,” so tune in and turn on. (Running time: three hours and 58 minutes) 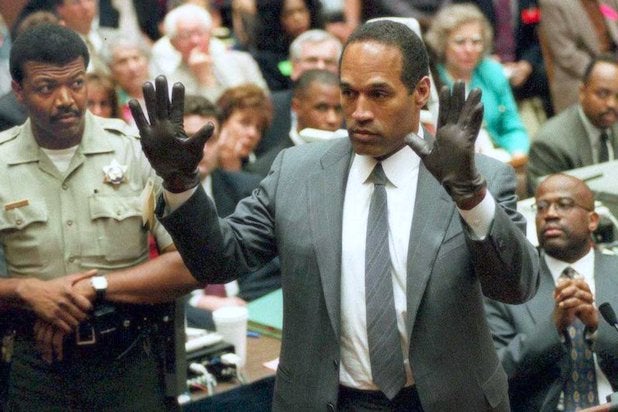 “O.J.: Made in America” (ESPN+) Chilling, fascinating and exhaustive, this Best Documentary Oscar-winner examines O.J. Simpson as sports hero, cultural phenomenon, alleged criminal and unwitting symbol, for better or worse, of everything this country believes about fame, wealth and race. By the end of this riveting doc, you’ll be convinced that if Simpson hadn’t actually existed in our lifetime, some novelist would have had to create him. (Running time: seven hours and 47 minutes) 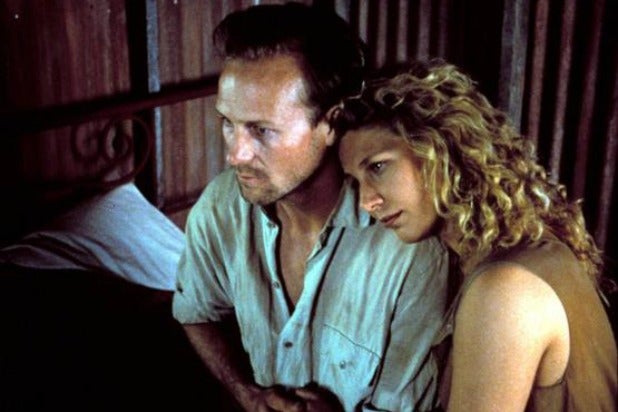 “Until the End of the World” (photo: Criterion)

“Until the End of the World” (Criterion Channel): Wim Wenders’ globe-trotting “ultimate road movie” was chopped into a misbegotten 158-minute theatrical version in 1991, but the auteur finished his 300-minute cut and toured with it so that audiences could see his true intentions with the film. Now at 287 minutes, the film is a gorgeous, challenging two-part saga that’s both visionary — almost 30 years ago, Wenders predicted a world of people obsessed with staring at screens in their hands — and haunting. Solveig Dommartin stars as an adventurer who chases outlaw William Hurt around the world, with Sam Neill in tow, and it’s one of the cinema’s most breathtaking trips. (Running time: four hours and 47 minutes) 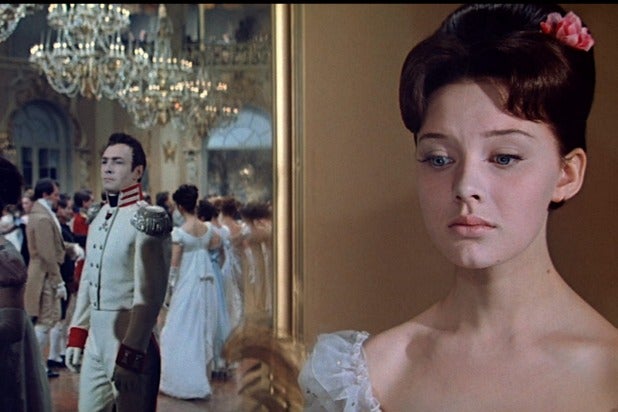 “War and Peace” (Criterion Channel): Leo Tolstoy wrote a big, big novel that Sergei Bondarchuk turned into a big, big movie, one that, until recently, had been next to impossible to find in the United States for decades. But now, American audiences can stream the Oscar-winning movie that Roger Ebert once called “the definitive epic of all time.” (Running time: seven hours and five minutes)