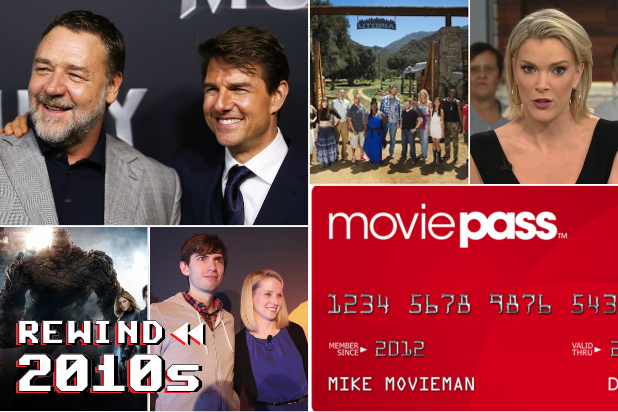 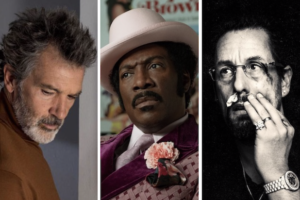 10 Most Epic Fails in Hollywood This Decade, From Qwikster to the ‘Dark Universe’

Even Netflix didn’t get out of the 2010s unscathed

If you’re in the entertainment industry, failure is a constant. For every “Avengers: Endgame” there is a “Howard the Duck.” It’s just the nature of the business.

As Yoda put it to Luke Skywalker in “Last Jedi,” though, failure can be a good thing. “The greatest teacher, failure is.” After all, sometimes it takes finding out what doesn’t work in order to have success later down the road.

As we end the 2010s, lets look at those who we sure hope learned some good hard lessons this decade:

1. Netflix tries to launch Qwikster — which gets compared to “New Coke”

Netflix did a lot of things right this decade (which you read about here), but the streaming powerhouse did have one misstep, albeit briefly.

Back in 2011, when Netflix was still primarily known as the DVD-by-mail company, the company was just branching out into streaming. In a bid to separate the two businesses, Netflix announced that it would spin-off its DVD side into a new product called “Qwikster,” requiring customers to pay a separate fee and set up separate profiles.

The only thing that was “quick” about it was the reaction, which was swift and harsh, with many comparing it to Coke’s failed launch of “New Coke” in the 1980s. Netflix gets credit for quickly realizing its mistake, and just three short months after it announced it,” Qwikster” was dead. “It is clear that for many of our members two websites would make things more difficult, so we are going to keep Netflix as one place to go for streaming and DVDs,” wrote CEO Reed Hastings, when announcing the decision to kill Qwikster.

Also Read: 6 Major Lessons Hollywood Learned in the 2010s, From Binging to #MeToo

In 2012, Marvel Studios assembled The Avengers, bringing together characters from four separate film franchises into one mega-franchise. That kick-started the era of the Shared Universe, with rival studios like Warner Bros and Sony attempting to mimic Marvel’s successful formula.

The results were mostly uninspiring, but nothing face-planted worse than Universal’s attempt at a “Dark Universe” filled with its famous monsters like Frankenstein, Dracula and The Invisible Man.

It began with “The Mummy” which featured both Tom Cruise and Russell Crowe. It also ended with it, because the box office performance was so bad, and the film was clearly more interested in setting up future plotlines than its own (this would be a recurring theme in other misfires). And then there was that photo.

While Universal wasn’t the only studio to have trouble in building its own cinematic universe, it’s the one that failed the most spectacularly at it.

But Fox gave them a run for their money. Even Josh Trank would agree that his version of “Fantastic 4” was a disaster of world-ending proportions.

Nobody saw this coming. Trank, fresh off the indie-superhero film “Chronicle” was set to direct an intriguing new take of the classic Marvel comic with an all-star cast that featured Michael B. Jordan, Miles Teller and Kate Mara. But the production was beset by numerous behind-the-scenes troubles and interference from Fox. All too often, the stories about production troubles were more interesting than the movie itself.

It was so bad that Trank, just ahead of the film’s release, slammed his own movie. That followed stories about his behavior on set, which effectively stalled his career — he was supposed to direct a “Star Wars” spinoff, but he and Disney/Lucasfilm ended up parting ways — just as it was getting started.

4. MoviePass thinks it’s crazy like a fox… ends up just being crazy

MoviePass redefined the phrase “in over its head” this decade. The subscription movie-going service told the industry to hold its beer in 2017 when it slashed the monthly price of the service to $10 from as much as $50 for access to unlimited movies a month in theaters. The business plan was essentially: Attract as many subscribers as possible for $10 a month, subsidize their movie going, try to leverage their data, and hope most of them don’t use the service more than once a month.

Shocker, it didn’t work, at least not for MoviePass. It was a tumultuous year and change for MoviePass and ultimately a slow death. The company burned through millions of dollars, suffered from what it said was a significant fraud problem, continually frustrated customers and struggled to keep its head above water. And in September 2019 the service shut down with no plans to relaunch​. MoviePass did, however, usher in a change in how people go to the movies. All of the biggest cinema chains in the U.S. either launched or solidified subscription services in the aftermath of MoviePass’s initial rise.​

That didn’t go according to plan. Verizon bought Tumblr in 2013 for $1.1 billion, thinking it had just acquired a trendy, go-to digital spot that was especially popular among Millennials. But instead of working out like Facebook’s $1 billion buyout of Instagram, it went in the complete opposite direction.

6. Oscars most popular category gets a very un-popular response

Faced with declining TV ratings, the Film Academy attempted to overhaul the Oscars for its 2019 edition, which was already having issues in getting a host (it would eventually go host-less, kicking off a potentially new trend for the 2020s). These included keeping the show to three-hours tops — which mostly succeeded — moving some awards to the commercial breaks (this didn’t), and the introduction of a new, Most Popular Film award (this really didn’t).

The new category was made in an attempt to get more popular blockbuster films, which are routinely snubbed for any major awards consideration, into the show. But it was so confusingly ham-fisted in there it received nearly universal pushback. It was believed the move was done so Marvel Studios’ “Black Panther,” among the biggest cultural touchstones of 2018, could get an Oscar. But the detractors of the award argued that the “popular” award would be seen as a way to give the film an Oscar while shutting it out of other categories.

Less than a month after announcing the new category, the Academy pulled it back. “Black Panther” still managed to snag a Best Picture nomination.

7. Tribune gets “Tronc’d” over its new name

In 2016, in a bid to stay relevant to millennials, Tribune Publishing gave itself a new name. Three years later, we’re still not sure what “Tronc” was supposed to mean.

It was apparently supposed to be a mashup of the words “Tribune Online Content”. But, as The Verge put it, it sounded instead like “a millennial falling down the stairs.” Tronc, according to its leaders, would serve as a “content curation and monetization engine,” which is exactly the kind of nonsensical mumbo jumbo you would expect from out-of-touch newspaper executives.

The name change also came during a particularly turbulent time for the company, including its disastrous last few years running the LA Times and the departure of chairman Michael Ferro following sexual harassment accusations.

The name “Tronc” was eventually scrapped in 2018, after Tribune Publishing sold the Los Angeles Times to Patrick Soon-Shiong. But some things will never be forgotten, even if we’d all like to.

8. Fox’s “Utopia” experiment was more of a dystopia

The broadcast TV season is littered every year with failed shows (the less said about ABC’s “Work It” the better), but none of them cost as much as Fox’s pricey misfire on “Utopia.” The reality series featured a cast of 15 men and women who were placed in isolation and filmed 24-hours a day for a planned one year, was scrapped after two months.

From day one, the show suffered from internal bickering at the network’s highest levels and a heavy-handed execution by producers and Fox’s then-alternative chief Simon Andreae.

Andreae bought the Dutch format from producer John de Mol’s Talpa Media, which is also behind hits like “Big Brother” and “The Voice.” Then Fox’s alternative programming chief, Andreae made the bold buy just three months after being announced to the position , to avoid a bidding war on the show that was performing well in The Netherlands.

But as the price of the show soared to a $50 million price tag, some executives within Fox began to wonder if the series was worth it. It turns out, it wasn’t.

Megyn Kelly’s move from Fox News to NBC was a big risk for both parties. Could Kelly — who was known just as much for being the moderate presence on the heavily-conservative channel as she was for proclaiming that “Santa Claus is white” — appeal to NBC’s more liberal viewers?

That answer was a resounding no. It got off to a bad start when Kelly interviewed Infowars leader Alex Jones on her short-lived newsmagazine. Then she took over the 9 a.m. hour of “Today,” which led Tamron Hall seeking greener pastures elsewhere.

The ratings weren’t good. From September 2017 to September 2018, Kelly’s 9 a.m. ET show fell 13% from its predecessor, which was just a third hour of the “Today” show. But that was just the beginning.

Obviously, that did not go over well. She was quickly yanked from the timeslot, and finalized her exit from NBC a few weeks into 2019. Kelly barely made it halfway through her $69 million contract. It not only hurt NBC’s ratings and image, but also its wallet.

10. Sony gets hacked over a James Franco-Seth Rogen comedy

In 2014, Sony was target of a coordinated attack by a hacker group “The Guardians of Peace.” Millions of confidential data, including emails to and from studio executives (most notably former Sony Pictures chief Amy Pascal), were leaked.

It ended as an international incident, with the White House accusing North Korea of perpetrating the hack and unleashing the embarrassing leaks of confidential studio emails because of Kim Jong-un’s displeasure with being ridiculed in the Sony comedy “The Interview.” The film was a frequent target by the hackers, who demanded it get pulled. It was eventually shelved in theaters but released online instead.

Pascal, in particular, was targeted, and it led to her eventual ouster from the studio. Her reputation took a damaging hit, which included making racist jokes about Barack Obama (joking that he only liked African-American films) and slamming Angelina Jolie as “a minimally talented spoiled brat.”

But the hack also included emails that showed that Sony, fresh off the disappointment of the two Andrew Garfield-led “Spider-Man” films, was considering doing the one thing every Marvel fan wanted: Bring the web-crawler in the MCU. That’s worked out quite well for Sony.

Decade in Review: ”Toy Story 3“ and ”Boyhood“ rank among the highlights of the decade

To begin with, a disclaimer: There are practically no 2019 titles on my Best of the Decade list, not because there weren’t a lot of great films this year, but because I haven’t had the opportunity to live with them for all that long. My Best of 2019 list was its own challenge to write, but this year’s movies are just too new for them to have knocked around in my central nervous system the way these earlier titles have. (Decades are a pretty arbitrary division as well, but that’s a topic for another day.) Film historians can debate the major movie-related events of the decade -- the rise of streaming, the dominance of Disney -- but these are the films took up residency with me and refuse to move out: 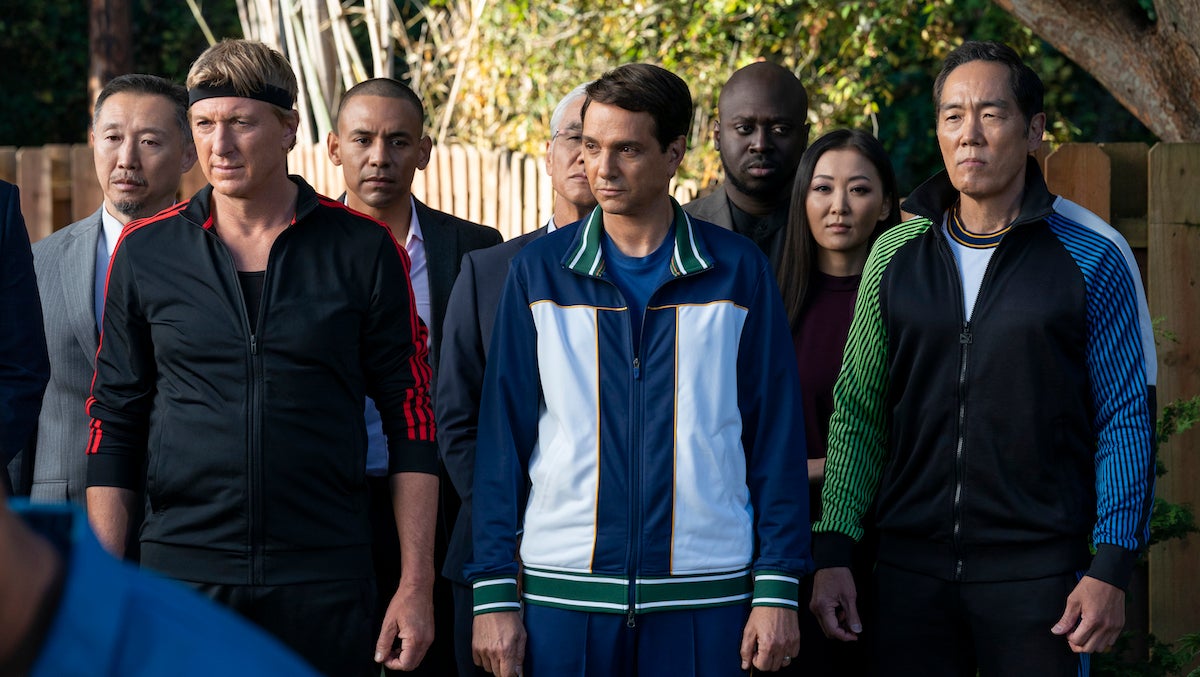 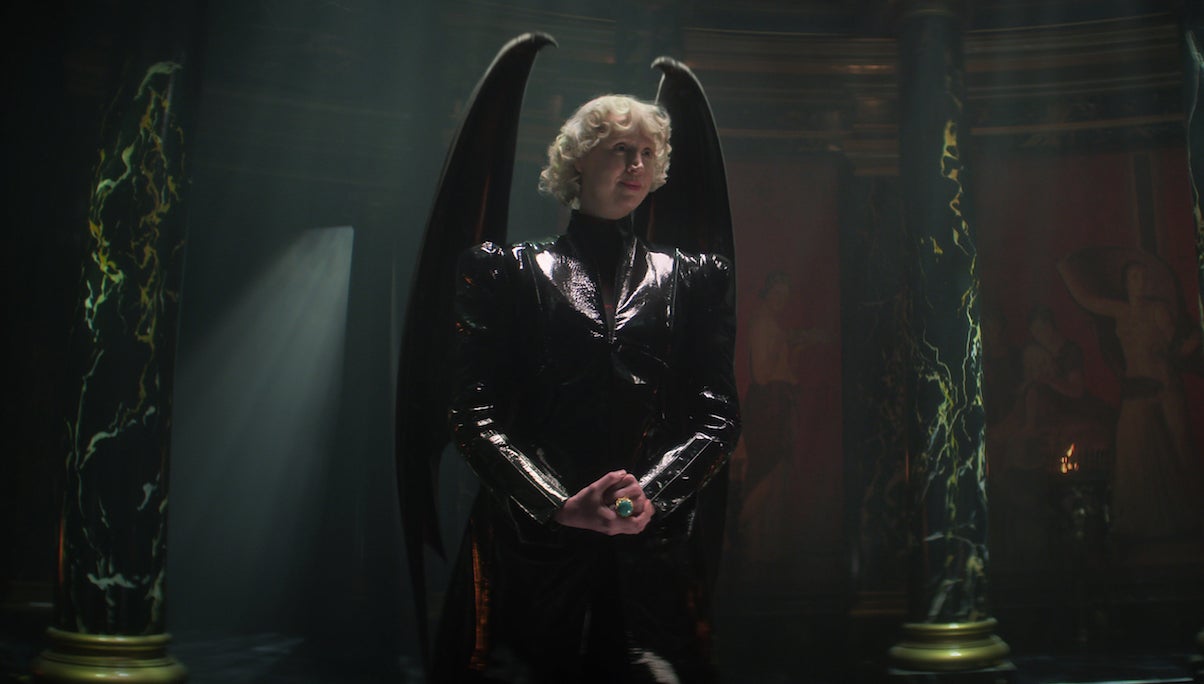 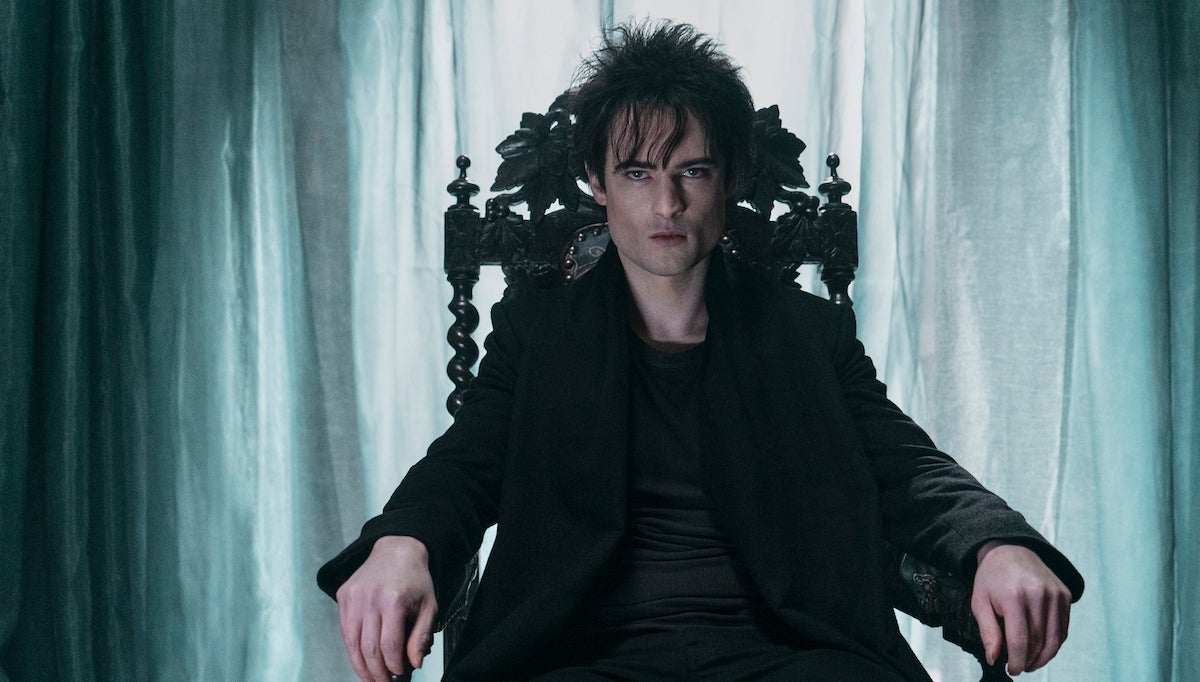 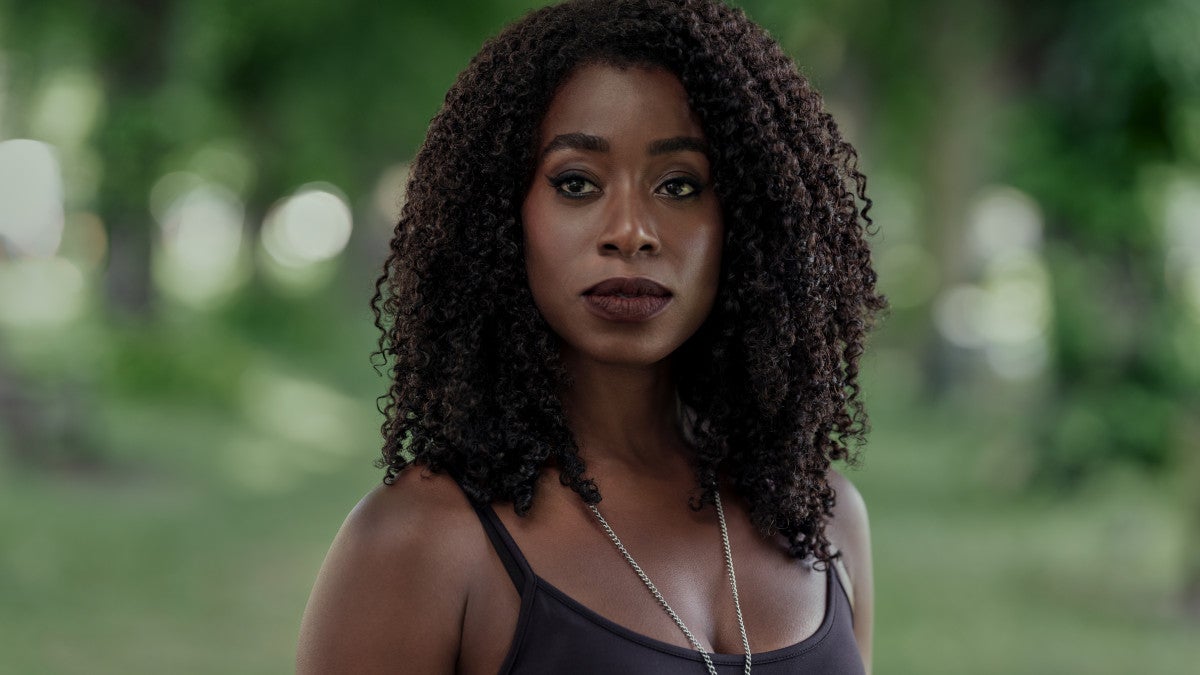