Check out the amazing and utterly convincing photographic evidence — taken by satellite! True, Nessie is in the Loch … just on a yacht … piloted by Bigfoot … with Ted Danson serving drinks. Come to think of it, why hasn’t there been a $200M Loch Ness Monster movie yet? Those proud Scots McBay and McG should team up — and get McLovin’ in the lead. Reminds me of the time they found Atlantis off the coast of Spain. 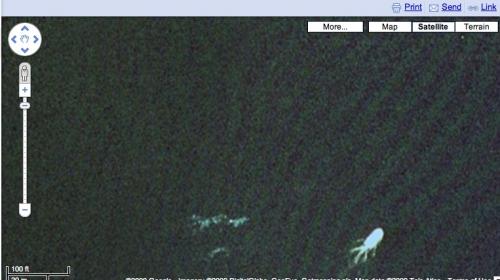 We all know QT is the magpie, sifting through the pop culture detritus for strands of gold he can weave into something new. But now he apparently stole “Inglourious Basterds” from a 1939 Agatha Christie story. And an unpublished one at that! London’s “Daily Mail” printed “The Capture of Cerebus” last week.As EW noted – SPOILER ALERT — it shares a major plot point with Tarantino’s WWII revenge flick. I’m saying he gets a pass on this one.

3. Spoiler Alerts Cost Nothing — Use Them!

Just two words, but they can mean the difference between enjoying a film the way a director, writer, actors and hundreds if not thousands of crew members meant it to be seen — that is, with the ending not revealed. I am simply amazed at how many critics, columnists and bloggers have seen fit to blithely discuss “Inglourious Basterds” plot twists and endingg without giving their readers the slightest forewarning. Not cool.

Kurt Vonnegut’s 1961 short story “Harrison Bergeron” — about a dystopian future in which everyone is made equal thanks to the nasty work of the “Handicapper General” – was filmed previously as a 1995 TV movie starring Sean Astin. This version’s supposed to be closer to the original’s dark vision but the trailer’s perhaps a little too … WTF.

This year marks the 70th anniversary of the release of MGM’s classic “The Wizard Of Oz." What better way to celebrate than with a pristine Blu-ray release? That’ll be here in a few months and I can’t wait. But what better way to bring fans down than by announcing a sequel is in the works. Yes, because it has been a whole two years since we had this spin-off:

Anyhoo, the next one, co-produced by “Spawn” creator Todd McFarlane will have Dakota Fanning as Dorothy’s granddaughter who gets sucked back to Oz. It’ll be a dark vision, says McFarlane. “You've still got Dorothy trapped in an odd place, but she's much closer to the Ripley character from 'Alien' than a helpless singing girl," he told Britain’s Daily Mail. So, Dorothy takes on those Flying Monkeys with an M-60, while shrieking “Give me back my slippers, bitches!” Actually, I’d pay to see that. 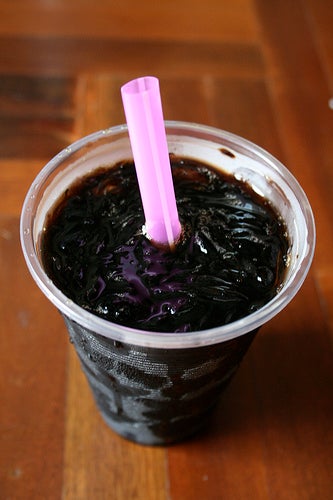 Dark is so the new black. Rob Zombie knows that. That’s why he’s remaking “The Blob”, last remade in 1988, as an intense, dark reimagining. “My intention is not to have a big red blobby thing, that’s the first thing I want to change," Zombie told Variety. "That gigantic Jello-looking thing might have been scary to audiences in the 1950s, but people would laugh now. I have a totally different take, one that’s pretty dark.” I see. So this Blob from outer space arrives on Earth, becomes an Emo kid, develops a drug problem and then … absorbs anyone who doesn’t agree that, like, Death Cab for Cutie are so totally the best band ever. 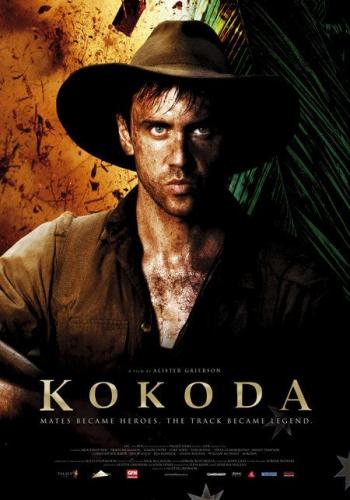 Akubra hats off to Aussie director Alister Grierson, who after making a terrific low-budget war-movie debut in 2006 with “Kokoda” has scored helming duties on James Cameron’s next movie, the 3D dive adventure “Sanctum." Based on a true story, it’s about divers trapped in an underground cave system located underneath Australia’s forbidding desert interior. Yikes. And, in other “Go Aussie” news, congratulations to 26-year-old Sydney native Amelia Lester who was this week made managing editor of the New Yorker.

I spoke with John Landis this week about the Blu-ray release of “American Werewolf In London” — which, by the way, holds up beautifully in hi-def — and he confirmed that, yes, Simon Pegg is the lead of his new film based on the Burke & Hare murders of 1827-8 that he’s making for the reconstituted Ealing Studios. But, Landis said, his project is not a horror film. “When the real Burke was hung, over 125,000 people came to watch,” he said. “These were big-time bad guys. But in the grand Ealing tradition of ‘Kind Hearts & Coronets’ or ‘The Lady Killers,' which were very black comedies, this is a romantic comedy … although it does deal with grave robbing and murder!”

9. The New York Times Goes to the Dogs

Not really. I love the Gray Lady. But this lede was a pile of dog poo: “JOHN HUGHES may be gone, but in our town, a canine version of ‘The Breakfast Club’ is going strong. Every morning at 7, dogs and their owners gather on a farm near our house for a big dog party.” You know, if the dogs were in detention for infractions at obedience school, and it was on a Saturday, rather than a weekday, and one of them was Judd Nelson, then it might’ve made sense. Even then, no.

I’ve written about this before, but “The House of the Devil” looks set to be the scariest flick of the year. It’s getting a foolish release — via Xbox and Amazon on Oct. 1 before it hits cinemas at Halloween. Yes, that’ll discourage piracy. From the look of the trailer, Ti West’s film is the real freakin’ deal.

Also now playing in limited release — not that I’ve been brave enough to see this one yet — is “Grace." The trailer is even scarier — be warned, I am deadly serious — than “The House of the Devil."