“107 Mothers,” Slovakia’s submission into the Best International Feature Oscars race, is a fictionalized story about a Ukrainian women’s prison but features real prisoners with real stories. And to drill that point home, the film even opens with footage from a real childbirth.

“It was important to open the film with a real birth because everything we are showing to the audience is real. It’s not done in a studio. It’s real stories of real people,” director Peter Kerekes told TheWrap’s Joe McGovern as part of our awards Screening Series on Monday. “From the first moment when you see the real baby coming into the real world, you know, okay, this director is not faking anything. Pain is painful and joy is joyful.”

But the scene in “107 Mothers” is more than just a wake up call. It’s also a reference to another classic film that was pivotal for its inventive twist on reality and filmmaking, Dziga Vertov’s 1929 film “Man With a Movie Camera,” which also includes a real child birth that was filmed in Odessa as well. 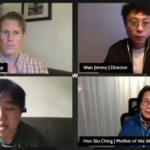 “107 Mothers” actually started as a documentary, with Kerekes seeking to do a movie about censorship in prisons. But they came across a women’s prison in the Ukraine in which the women there are all allowed to care for their children from when they are born up until age 3. In doing the research for the film, Kerekes sat down with women in the prison who had children and had committed crimes such as murder, many of whom would become actresses in the film and whose stories were adapted to the script.

These interviews were emotional, painful and devastating for Kerekes and for the film’s one trained actress star, Maryna Klimova, but what became even more harrowing was seeing in real life the act of these prisoners’ children being taken away from their mothers at age 3, only for some to be sent to orphanages and apart from their mothers for years.

“We saw this situation in reality, this was one of the toughest moments in my life. It’s something that was really hard to face. It’s such a strong bonding between the mother and child, and it will artificially be breaked [sic]. It was not easy,” Kerekes said. 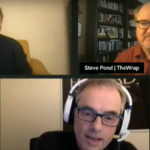 “The days when I was listening to the stories of those women was probably the hardest in the filming process. And a thought crossed my head that maybe I should just pull out of it. It was too hard emotionally. There were stories that I never imagined could exist,” Klimova added through a translator. “I cannot say that it really gave me much in the way of acting, but the stories that I heard influenced me as a human being, and this whole project influenced me much more as a human than as an actress.”

All that said, Kerekes hopes “107 Mothers” does not come across as manipulative or overly tearful.

“The women there, of course they are crying, but it is not fake crying, and if something is really tragic… you don’t even have enough power to cry. The most sad things are usually very silent,” he said. “Usually you cry when it’s over. Somehow I didn’t want to blackmail the audience with the crying. I thought this crying should come in the moment when you go outside the cinema when things click together and you realize what it’s about.”

“107 Mothers” made its debut at the Venice Film Festival, where Kerekes won Best Screenplay in the Venice Horizons Award category.